Rio Theatre to stay open after operators approved for mortgage 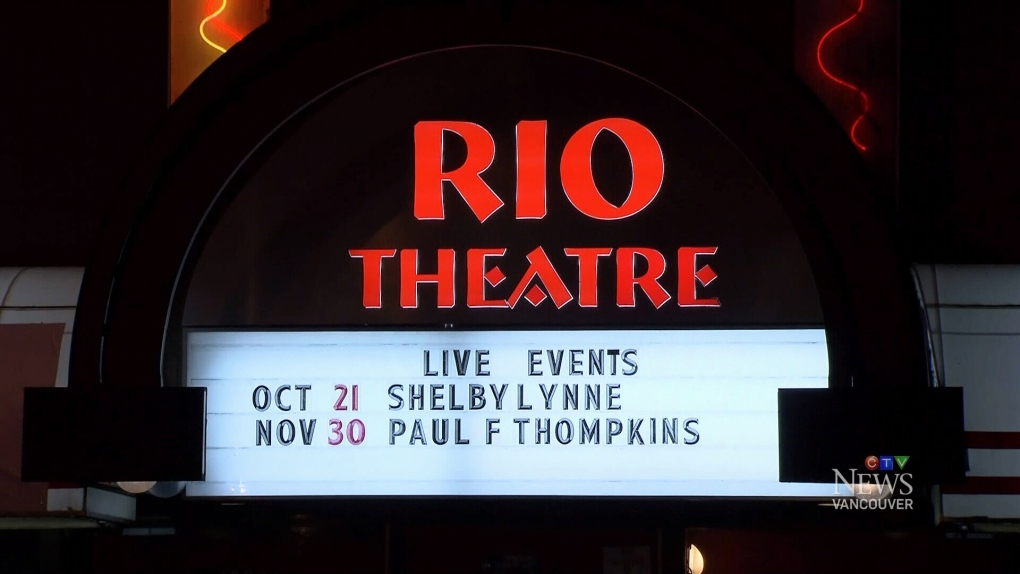 The Rio Theatre's owners have until Tuesday to make an offer to purchase their building. (CTV)

After months of fundraising, the operators of the Rio Theatre say they've been approved for a mortgage that could save the East Vancouver landmark from redevelopment.

The property was at risk of being sold by owners looking to cash in on new zoning regulations that would allow residential towers up to 10 storeys tall to be built at the site.

"I am so excited to announce The Rio Theatre just got approved for the mortgage!" operator Corinne Lea said in a Facebook post on Thursday. "I'm literally crying with joy right now!"

On Feb. 8, Lea and her business partner announced the owners of the building had accepted their offer to buy the space so they could keep the 80-year-old business running, but were only given 60 days to raise the funds.

Fundraising efforts included merchandise sales, special events at the Rio and a 30-hour telethon that was livestreamed on YouTube.

Numerous celebrities also lent their star power to the campaign, including actor, writer and director Kevin Smith who performed two sold-out standup comedy shows at the theatre. Hollywood A-lister Ryan Reynolds called the Rio "legendary" and donated an undisclosed amount of his own money back in March.

The "Save the Rio" campaign raised more than $500,000, but that was only half of the $1 million needed to make a deposit on the mortgage.

Lea said operators would be relying on investors to secure the rest of the money.

In her social media post Thursday, she thanked co-operative credit union Vancity "who helped get this done under such a short timeline," but the details of the financial plan to keep the Rio open are unclear.

Lea would not specify how much the operators offered for the building, but the property's latest assessed value was around $4 million.

Thursday's announcement quickly drew social media comments from dozens of fans congratulating and thanking her for her efforts to keep the iconic theatre's doors open.