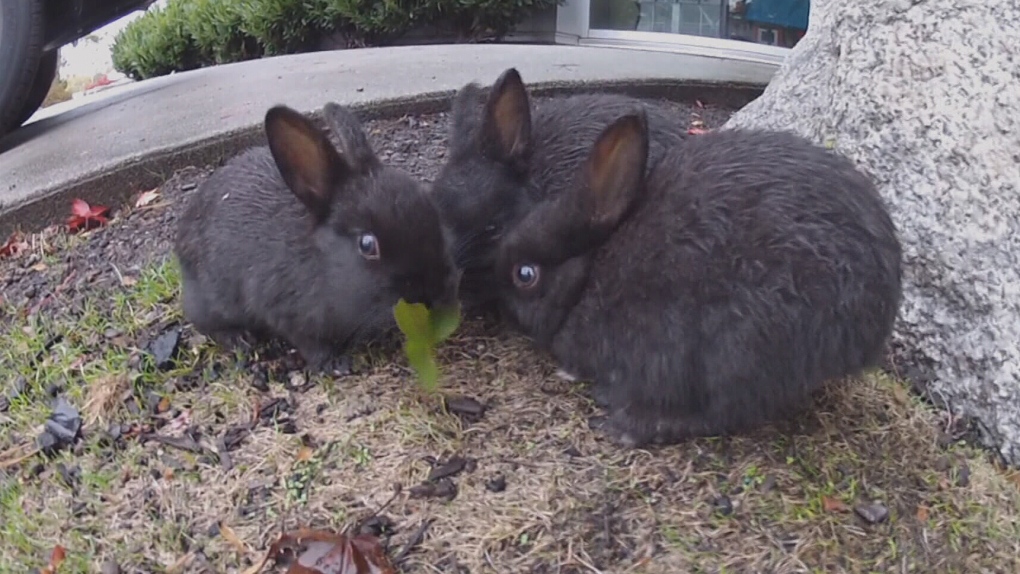 Three hundred abandoned rabbits at the Richmond Auto Mall need to be relocated to the U.S. Nov. 14, 2012.

The Richmond Auto Mall is facing off with the province over what to do with hundreds of abandoned rabbits that are causing problems in the area.

"We see it on a regular basis, people pulling up to the curb, opening the door and letting them go,” General Manager Gail Terry said.

Living at the busy auto mall is dangerous for the slow-moving rabbits and they get run over every day, employees told CTV News.

Terry said the province wants them either to move the hundreds of rabbits to Washington or cull them.

"There are sanctuaries that are local, but the provincial government at this point in time does not want to provide permission for that,” Terry said. “They'd rather us round them up and kill them."

The mall’s managers said that culling the cute bunnies is out of the question and they’ve found a sanctuary in Washington that has agreed to take 80 to 100 of them. The same facility, Precious Life Animal Sanctuary, took a colony of rabbits rescued from the University of Victoria two years ago.

The auto mall is looking to raise money to help pay the $60,000 it will cost to round up the rabbits, spay and neuter them and ship them down south. They are also hoping the public will adopt some of them. Any donations will be matched by the auto mall.

The City of Richmond has already banned the sale of rabbits in pet stores and is also considering a bylaw against dumping animals.

Donors and volunteers can contact the Auto Mall's Bunny Hopline at 604-273-3243 or email we-care@richmondautomall.com.