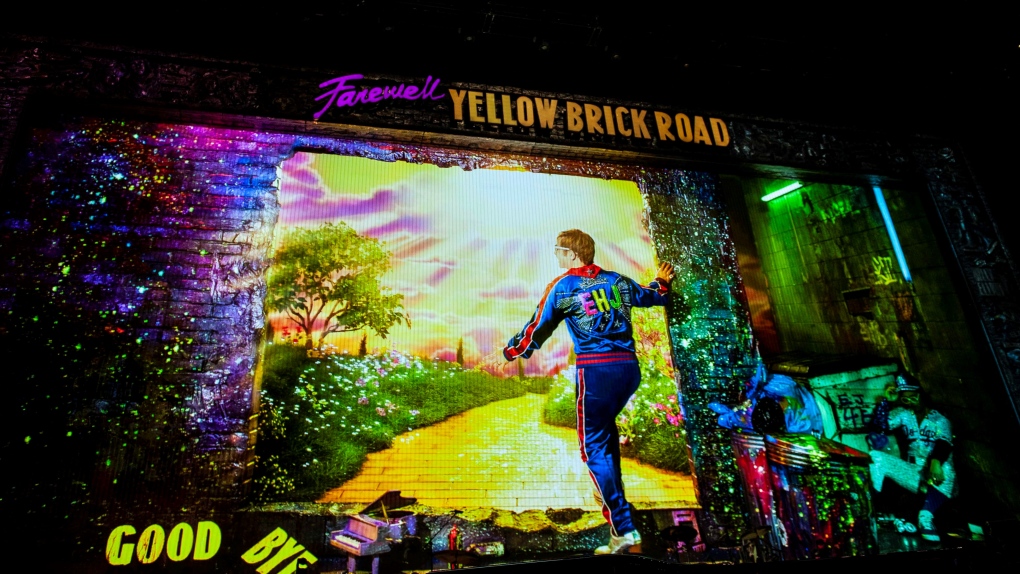 Sir Elton John, now a year into his 300-date Farewell Yellow Brick Road Tour, played all the hits during the first of three shows in Vancouver on Saturday night.

Much like Sir Paul McCartney's recent visit to Vancouver, the 72-year-old took command of the stage and his grand piano – which moved on its own – performing for an adoring crowd of fans at Rogers Arena.

If this tour is indeed the last time they'll be able to hear these songs live, John made sure not to leave any favourites off the set list.

The applause from the crowd was deafening after each massive hit. John could have walked off after "Rocket Man" and nobody would have complained, and that was only song seven.

The stage and visuals were also stunning, featuring everything from a montage of famous fight scenes during “Saturday Night’s Alright," to mini-movies by visionary artists such as David LaChapelle.

But as good as John's voice still is, it somehow finishes second to his astonishing piano skills, which were depicted as near-mythical in his recently released biopic. Anyone who witnessed his extended jam session during "Levon" Saturday night would have trouble finding fault with that depiction.

Interspersed between songs were sincere stories about his early days and the song writing process with his longtime collaborator and creative half Bernie Taupin. Equally sincere was the camaraderie he shared with his stage band; drummer Nigel Olsson has been with John since the first tour 50 years ago, and it is fitting that he is there for the end.

To continue with the theme of sincerity and tear-inducing moments, John touted his family’s need for him and his need for family as the primary reason for retiring from touring. He brought out his sons Zachary and Elijah – both proud owners of Canadian passports – to further punctuate that point.

His music will stand the test of time, but an even greater achievement may indeed be Elton John’s dedication to his AIDS foundation, which has raised almost a half a billion dollars. The video accompanying “Believe” detailed the impact of his charity work.

If we are to take his word for it and this is indeed the last tour, fans in Vancouver will have two more opportunities on Sunday and Tuesday night to say farewell to one of music’s true larger-than-life legends.