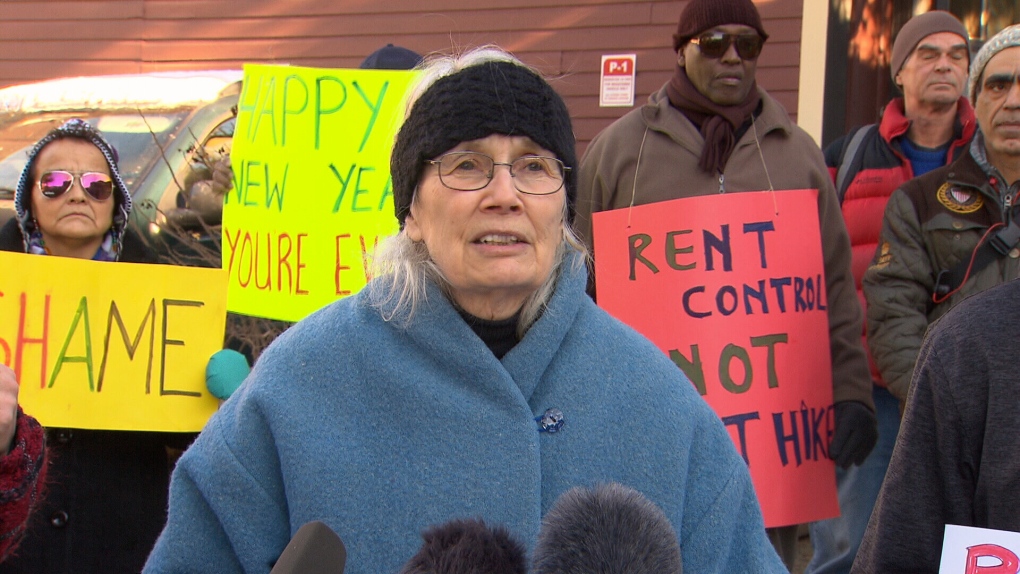 Some residents of a low-income residency in the Downtown Eastside may face homelessness due to a rent increase of as much as $210.

Residents of a 24-room boarding house on Alexander Street were recently told their rent would increase from about $450 per month to $660.

Protesters gathered outside the property on Monday holding signs with messages including "Happy New Year, you're evicted," "Shame," and "Rent control not rent hike."

Management at the Ross House, a low-rent safe haven for many Vancouver residents who can't afford the city's sky-high real estate costs, say the hike is just meant to make ends meet.

"I know people are upset the rents are getting increased, but we don't get any subsidies from the cities," a woman at Ross House told reporters.

She added that some of the growing operating costs are due to damage caused by the rooming house's tenants.

"People throw TVs out windows, (cause) tens of thousands of dollars of damages, and that comes out of our pockets. We don't make any money here."

But tenants say the increase means many will face homelessness.

One resident said the building's management uses fixed-term leases to ensure that they are legally able to evict tenants or spike the rent when they choose.

In this case, the Ross House resident said, management is using the expired leases as a way to hike by a rate higher than the maximum allowable increase, as the leases are starting fresh rather than being renewed.

Speaking to reporters outside the boarding house, advocate Jean Swanson said many signed new leases because they didn't understand or wanted to stay on their landlords' good side.

"This is an SRO hotel where you share the bathroom and you share the kitchen and you just have a little room that's about 10 by 10."

But those living on social assistance cheques of about $610 per month can't afford a rent of $660. Some of B.C.'s welfare recipients earn higher rates, which are allocated to those who have disabilities and other barriers because they are expected to require the assistance for a longer period of time.

Some said their keys have been deactivated already, and they haven't been allowed into the building to retrieve their belongings.

Vancouver saw a record number of homeless people in an annual survey. More than 1,800 people were counted as homeless in March 2016, and 78 per cent of those reported having one or more health conditions.