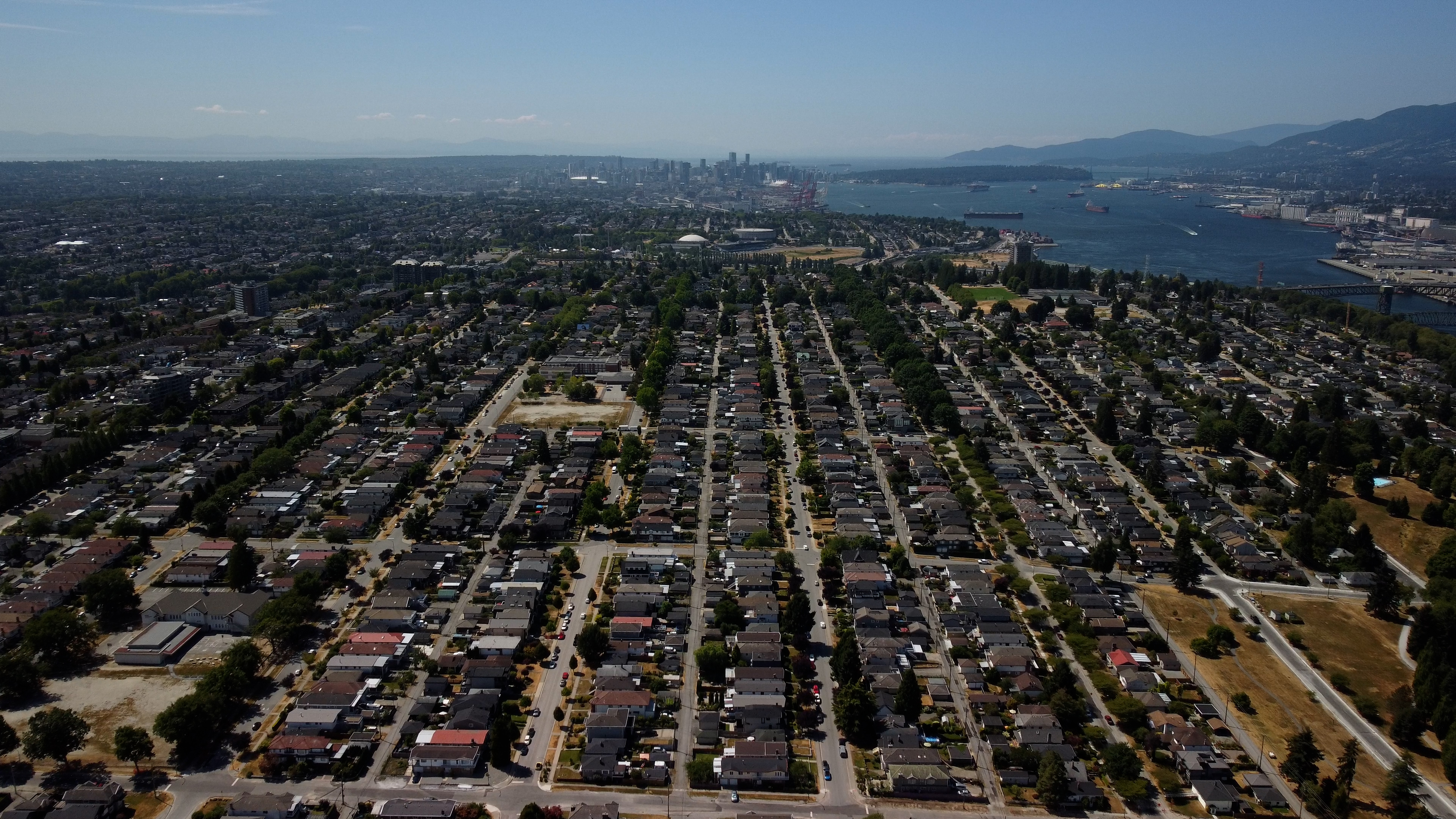 The Burnaby Heights area of Burnaby, B.C., is seen from the air by drone in July 2021. (Jordan Jiang / CTV News Vancouver)
VANCOUVER -

The Real Estate Board of Greater Vancouver says commercial real estate sales remained strong through the second quarter of this year, reaching levels not seen since 2017.

A statement from the board says 726 commercial properties sold in the Lower Mainland between April and June, a nearly 115 per cent increase from sales in the same period last year.

The board says the total dollar value of the sales was $3.635 billion, a 130 per cent leap over the $1.578 billion recorded the year earlier.

Thirty-two sales of multi-family units were finalized between April and June, compared with 10 in the second quarter of 2020.

The sale of land and office or retail properties also saw triple-digit jumps, with the board reporting the total value of 236 land sales over the quarter was $1.785 billion while 278 office or retail sales brought in $859 million.

Keith Stewart, an economist with the real estate board, says the boost in activity mirrored the commercial sector's strong start in the first quarter of the year.

“Land acquisition is particularly strong as investors are demonstrating confidence in new development potential in our region,” Stewart says in the release.

The Greater Vancouver Real Estate Board covers an area from Whistler and the Sunshine Coast, south to Delta and from Vancouver to Maple Ridge, representing more than 14,000 Realtors and their companies across the region.

This report by The Canadian Press was first published Oct. 29, 2021.