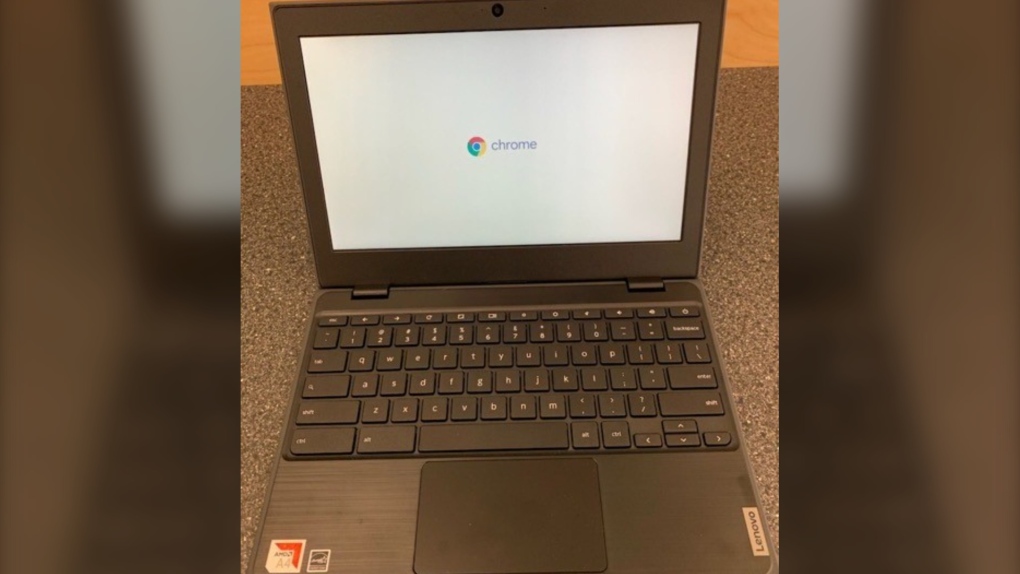 Kamloops RCMP are still searching for a suspect after dozens of laptops and other electronics were allegedly stolen from an elementary school.

Mounties recovered 21 stolen laptops over the weekend, but dozens more remain unaccounted for after two separate break-ins at an elementary school in Kamloops, B.C., earlier this month.

Kamloops RCMP said more than a third of the stolen Chromebooks were discovered inside a plastic bin at a parking lot in the city's North Shore neighbourhood on Friday.

While they're relieved to have recovered a portion of the laptops, officers are reminding the community that there are still nearly three dozen laptops missing.

The Chromebooks, valued at thousands of dollars in total, were taken from Parkcrest Elementary near Holt Street and Greenfield Avenue during break-ins on Jan. 3 and 11.

"In the Jan. 11 investigation, it was not immediately known if anything was taken or if entry into the building had been obtained," said Const. Crystal Evelyn in a news release.

After taking further inventory of the school, police discovered that in addition to the initial 30 Chromebooks stolen, another 24 were taken, along with six iPads, a camcorder and various other electronics.

"Obviously, whoever broke in and stole from a school knew they were stealing from kids," added Evelyn. "It's important that anyone who knows who has the outstanding items or who is responsible for the break-ins, does the right thing and contacts police as soon as possible."

This isn't the first time students at Parkcrest Elementary have faced adversity.

In 2019, the school burned to the ground during the first week of classes.

An infectious disease expert believes monkeypox outbreaks can be contained by using a strategy called 'ring vaccination' – which means vaccinating all the close contacts of an infected person.

Health Canada says it is preparing for the possibility that a shortage of sunflower oil could further strain baby formula supplies in Canada.

Russia's theft of Ukrainian grain appears to be ramping up as it continues its war on the country, according to new satellite photos of the Crimean port of Sevastopol.