Police searching for owner of engagement ring found in Burnaby 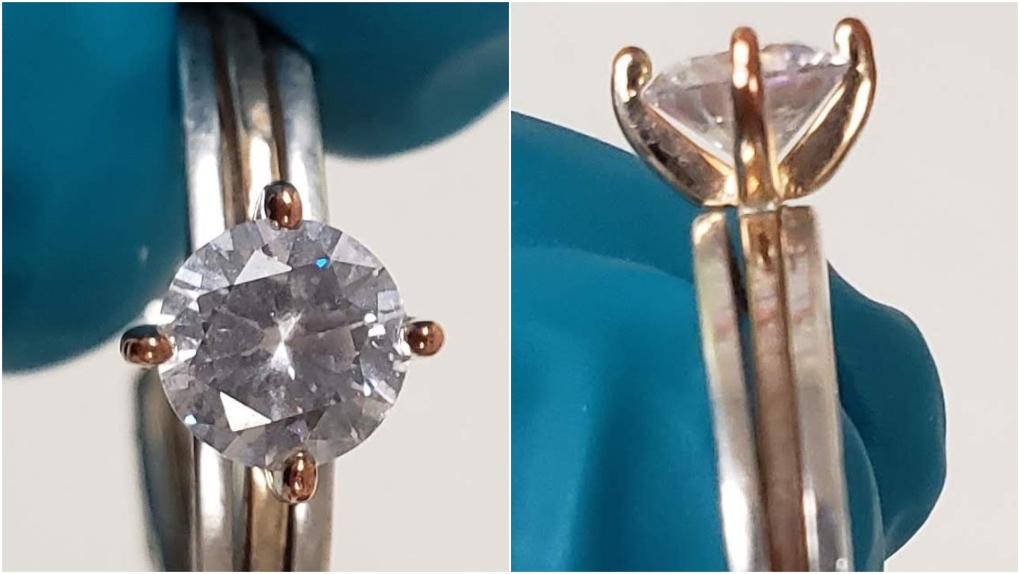 Police are looking for the owner of this ring. (Photos from Burnaby RCMP)

VANCOUVER -- Dec. 31 update: Police are still searching for the owner more than two months later, and are asking the public to take another look.

Mounties in Burnaby are looking for the owner of what appears to be an engagement ring.

The RCMP detachment shared two photos of the ring last week, asking or help to track down its owner.

They asked anyone who recognizes the ring, which contains what appears to be a round cut diamond, to contact police at 604-646-9999.

The news came just days before another ring was lost in Metro Vancouver.

A wedding band belonging to "Two and a Half Men" star Jon Cryer was lost on the False Creek Seawall near Cooper's Park Friday night.

The actor, who is in Vancouver shooting the TV series "Supergirl," wasn't able to find it.

But with the help of a man with a passion for finding lost jewelry, Cryer's ring was returned.

Other strange items recently lost and found in B.C. include two wads of cash – one in North Vancouver and one in Coquitlam.

And earlier this year, a couple spoke to CTV News about how an octopus helped them "find" their ring, lost in the water off Bowen Island.

Back in October we asked if anyone recognized this diamond ring.

We're still looking for the owner.

Sure would be nice to ring in the new year with some good news.