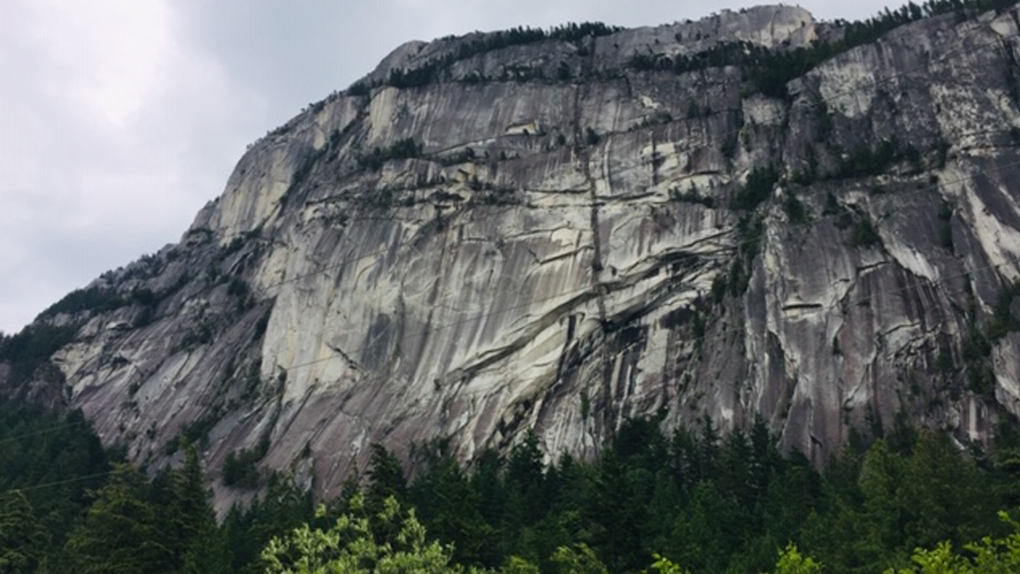 The Grand Wall area of the Stawamus Chief in Squamish. Source: Squamish RCMP

VANCOUVER – Authorities say the police incident that closed down the Stawamus Chief on Tuesday was prompted by a report of a man suffering a mental health episode.

A hiker called officers to the popular hiking and climbing spot after encountering a man who appeared to be in crisis at around 10:45 a.m.

There were concerns the individual also had weapons on him, which prompted authorities to close down the Chief and call in the Lower Mainland Emergency Response Team.

Officers said they found the man within two hours and apprehended him without incident.

Squamish RCMP thanked the public for avoiding the area while the situation was unfolding.

“Our geographic area can be extremely technical and challenging for a police response,” Sgt. Sascha Banks said in a statement.

“We are lucky to draw from the expertise of the LMD ERT specialty teams for these exact type of calls.”

Authorities said a heavy police presence remained at the Chief until around 1:30 p.m.