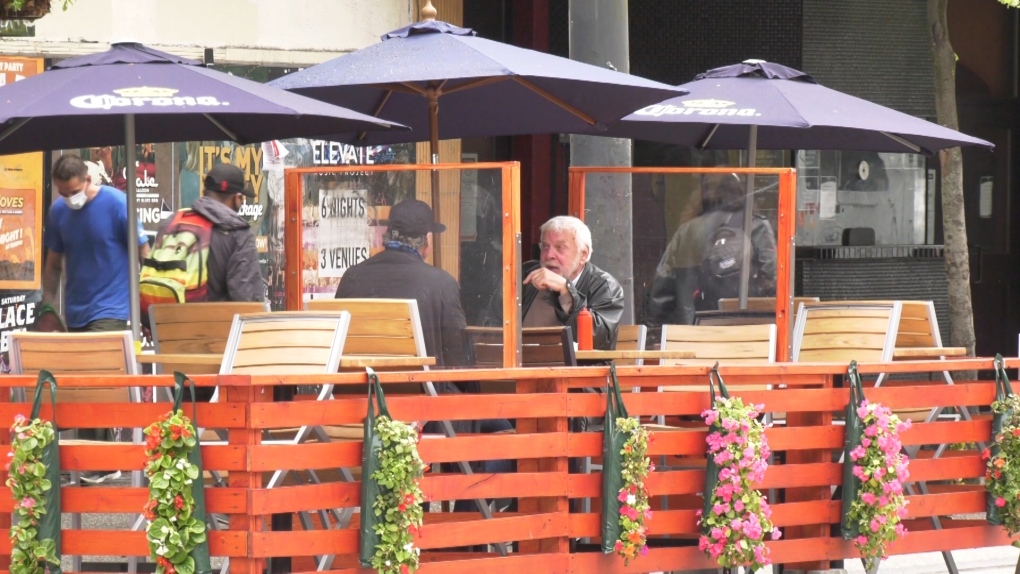 People dine on a patio on Vancouver's Granville Street during the COVID-19 pandemic.
Vancouver -

City councillors in Vancouver have approved a plan to turn part of Granville Street into a pedestrian-friendly promenade.

Specific details on the plan haven't been confirmed, but the proposal envisions a promenade with more greenery and room for restaurants to expand their patios.

The dates also haven't been announced but the original motion put forward by Coun. Sarah Kirby-Yung hoped to have part of the street closed to vehicle traffic on Friday nights and on weekends.

When she first presented the motion, Kirby-Yung said the change would give restaurants hard hit by the pandemic a chance to expand their outdoor patio space.

"Granville Street has been one of the worst impacted areas and when you have more people in an area that's good for business, that's good for everybody, it brings some life and some positive energy back to the street," she told CTV News Vancouver last month.

It's not the first time a section of Granville Street has been pedestrianized. From 2009 to 2014, several summer events were held as part of Viva Vancouver, an annual initiative meant to reallocate street space to public gathering space.

That program typically ran from late June to early September and saw blocks of the street closed on weekends. Buses were rerouted to Seymour and Howe streets.