Pain at the pumps: Gas prices hit 163.9 cents/litre in parts of Metro Vancouver 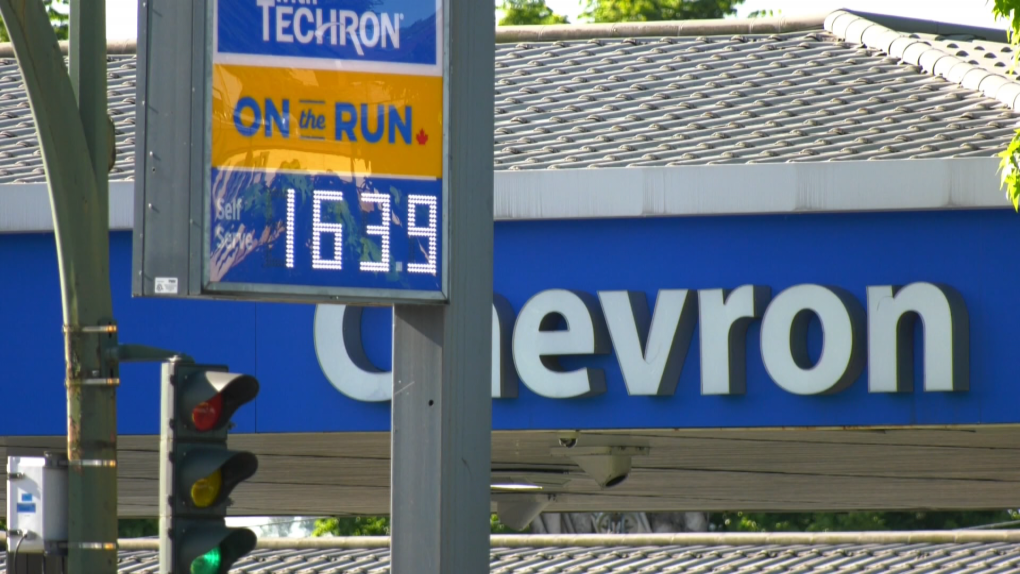 VANCOUVER -- Drivers of gas-powered vehicles were stuck paying nearly $1.64 a litre in parts of Metro Vancouver on Monday, and analysts expect to see more pain at the pumps over the summer.

Prices reached 163.9 cents at some gas stations before noon, including in Vancouver and Surrey, continuing an upward trend that's been happening since fall.

Vijay Muralidharan, a Calgary-based petroleum industry consultant with Kalibrate, said the biggest factor remains the surge in crude oil prices that began in 2020.

"Since that started a year ago, the prices have increased quite astronomically," he said, noting the price of crude jumped by 30 per cent in the first half of 2021.

Kalibrate's research has found that every $1 jump in crude oil prices correlates to a half-cent increase at the pumps in Canada, Muralidharan said.

There are other factors at play, according to the analyst, including an increase in refinery margins and the growing demand for fuel that normally comes during the summer. With many COVID-19 restrictions lifting, people are getting back into their cars for road trips and other vacations.

"The demand is picking up, activity is returning to some sort of normalcy," Muralidharan said.

Prices should begin to come back down after OPEC+ producers, who have voluntarily curbed supply during the pandemic, begin releasing more barrels into the market, Muralidharan added.

"We won't see that happening until August or September," he said.

Gas prices in Metro Vancouver still have a ways to go before breaking any records. Back in April 2019, they reached as high as 172.9 cents a litre at several stations in the region.