Nearly 5 million more Canadians are working from home, and many like it: surveys 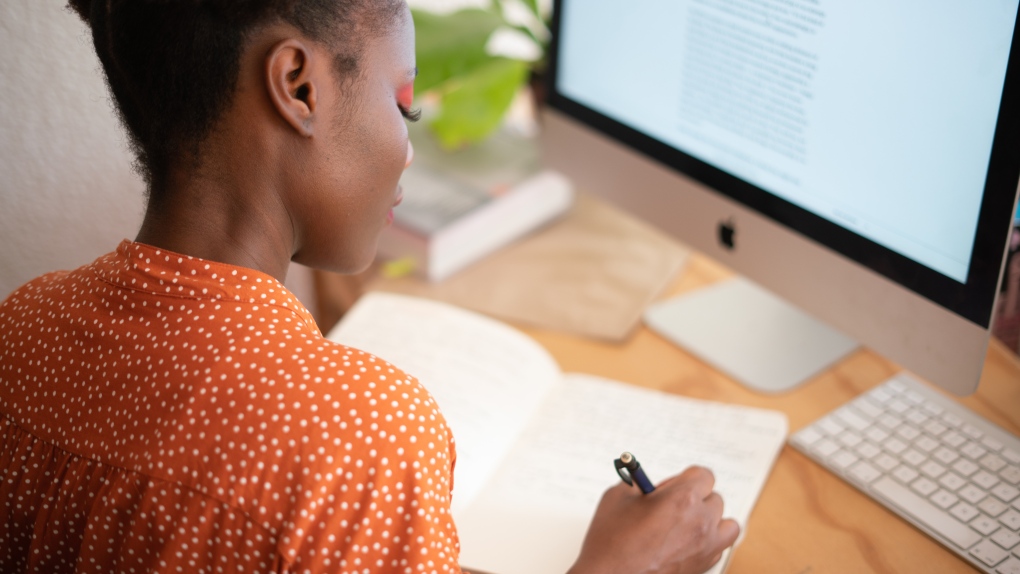 Nearly five million Canadians started working from home in response to measures to prevent the spread of COVID-19, according to Statistics Canada. (Retha Ferguson / pexels.com)

VANCOUVER -- Nearly five million Canadians started working from home in response to measures to prevent the spread of COVID-19, and a new poll finds that many workers think the change will be permanent.

Statistics Canada found that 4.7 million Canadians who don't normally work from home started to in response to the pandemic, based on a survey conducted the week of March 22.

When the agency added in all of the workers who normally work from home, the athleisure-clad masses pecking at laptops in living rooms and participating in video meetings swelled to 6.8 million people, or nearly 40 per cent of Canada's workforce.

Another 6.7 million continued to go to work outside the home, while 3.9 million -- or 22 per cent of Canadian workers -- were absent from their jobs. Of those 3.9 absent workers, 2.8 million were not at work for reasons related to COVID-19.

According to a survey conducted by Vancouver-based polling firm Research Co., 73 per cent of Canadians surveyed think the working from home trend will continue after the COVID-19 pandemic has ended.

Many people (63 per cent) also think companies will replace business travel with video or teleconferencing.

While nearly half of people surveyed (46 per cent) said they find it difficult to work at home because of distractions, 65 per cent of those surveyed for the Research Co. poll said they'd like to continue working from home more often after the pandemic is over.

Statistics Canada's survey found that job loss due to COVID-19 restrictions was greatest in jobs that require face-to-face interaction, like service or sales. But there was little change in employment levels for jobs like management, finance, administration, and natural and applied sciences.

Many workers who are stuck at home are juggling work and family life: Statistics Canada found that 40 per cent of workers who started working from home the week of March 22 have a child under 18 in their household.

But people who were newly working from home were just as likely to report having good mental health as those who usually work from home or continued to go to work outside the home, according to Statistics Canada's survey.

Statistics Canada's survey was conducted the week of March 22 as part of a new online survey it is conducting to measure the impacts of COVID-19 measures.

Research Co.'s results are based on an online survey conducted between April 9 and 11 among 1,000 adults in Canada. It has a margin of error of plus or minus 3.1 percentage points, 19 times out of 20.