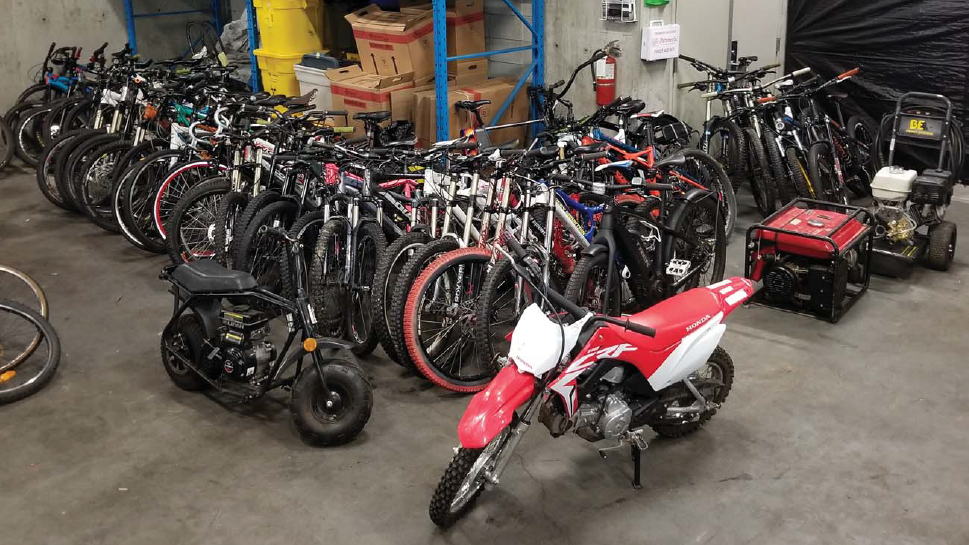 Mounties in Surrey say they've recovered over $80,000 worth of stolen goods including 40 high-end bikes. (RCMP handout)

VANCOUVER -- A major property crime investigation led Mounties in Surrey to recover more than $80,000 in stolen goods including bikes, weapons and power tools.

Police say they recovered the items after investigating a residential break and enter on Feb. 11. Property taken during that break and enter was later found on LetGo, a marketplace app.

The property crime team then took over the investigation and completed two searches in Newton: one at a residence and another at a storage locker.

Some of the items have since been returned to the owners.

"With this investigation, we have been able to disrupt an organized group who are suspected of trafficking stolen property," said Staff Sgt. Ryan Element in a news release.

"We encourage everyone to record the serial numbers of their property so in the event it is stolen and recovered, police can return it to you."

No charges have been laid, Mounties say.