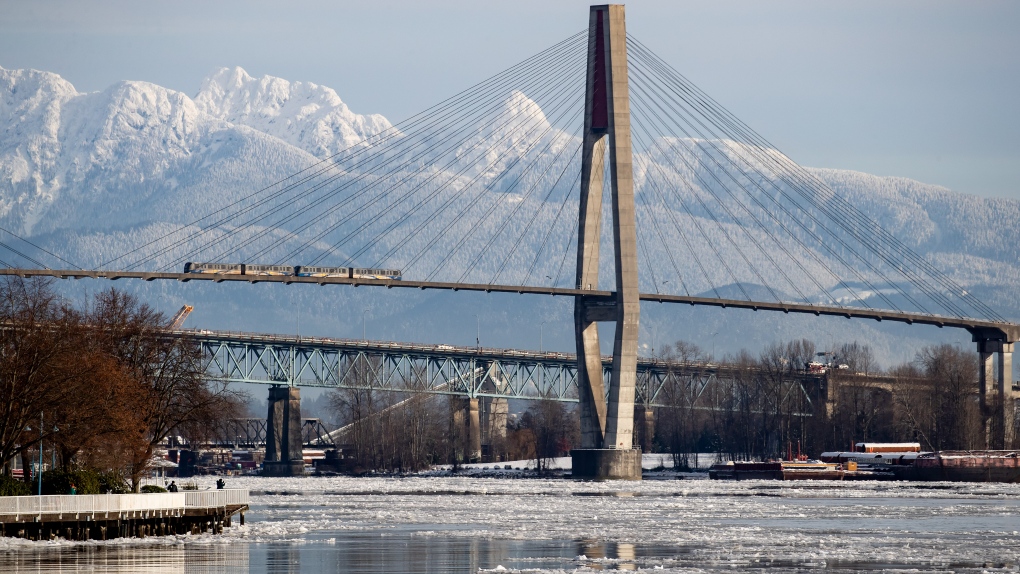 Ice floes are seen on the Fraser River as a Skytrain crosses over the river in New Westminster, B.C., on Tuesday, December 28, 2021.

More snow may be on the way this week for Metro Vancouver as a new winter storm watch predicts as much as 20 centimetres could accumulate in some areas.

Between 10 and 20 centimetres is expected late Wednesday through Thursday.

Meanwhile, a snowfall warning issued for Metro Vancouver Tuesday morning urged commuters to prepare for heavy flurries throughout the day. That snowfall warning was lifted before noon, however.

"Rapidly accumulating snow could make travel difficult over some locations. Travel is expected to be hazardous due to reduced visibility in some locations," Environment Canada said in its latest advisory.

"Surfaces such as highways, roads, walkways and parking lots may become icy and slippery. There may be a significant impact on rush hour traffic in urban areas."

Elsewhere in B.C., temperatures could feel as low as -50 C. Environment Canada said Tuesday a very cold air mass stretches across parts of Yukon and northern, northeastern and southeastern B.C., with marginal improvement expected by Wednesday when winds are forecast to ease slightly.

By the weekend, Vancouver's forecast predicts it could get as warm as 7 C.