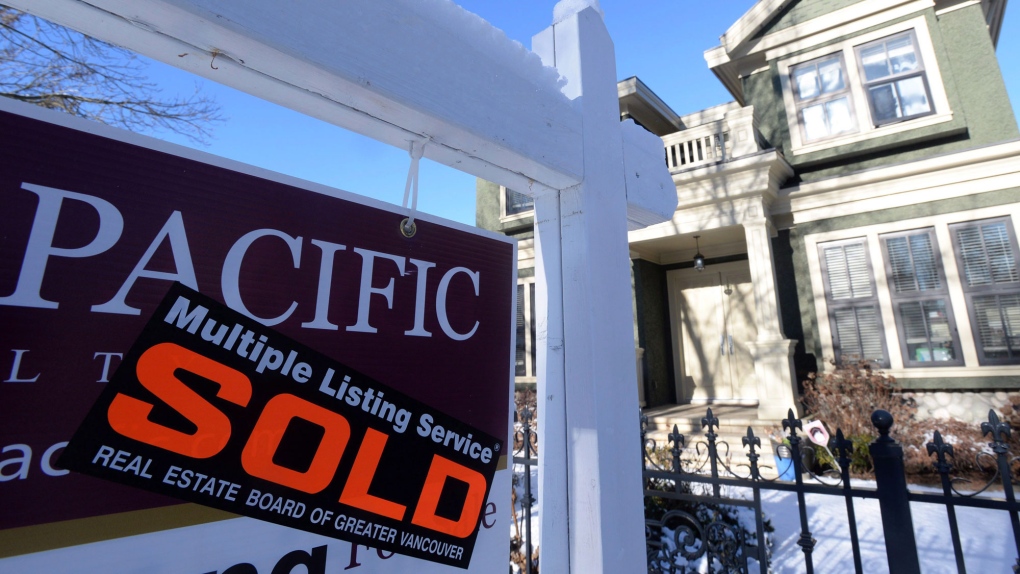 A real estate sold sign is shown outside a house in Vancouver, Tuesday, Jan.3, 2017. (THE CANADIAN PRESS/Jonathan Hayward)

Metro Vancouver property prices are 9.1 times higher than homeowners' median incomes, the highest gap in Canada and an illustration that home prices in Vancouver continue to bear little relation to local wages.

Data from the same Statistics Canada series, which offers a closer look at housing in Canada, also shows that Metro Vancouver has the highest rate of "forced" moves – that is, evictions and foreclosures.

When it comes to the gap between property values and incomes, Toronto has the second-highest gap: home prices in that city are 5.7 times as much as what average homeowners earn.

In some specific Vancouver geographies, the gap was even wider: in West Vancouver, home prices were 20 times higher than median incomes, and in Electoral District A – which includes the UBC Endowment Lands – properties were worth 17.7 times more than the median income for homeowners.

Statistics Canada says that in West Vancouver's case, the gap is due to the very high price of homes in that municipality (the median home value is $2.7 million). But in Electoral District A, the reason for the wide gap is the low median income for homeowners. At $68,800, it's the lowest in the Metro Vancouver area.

Toronto also had some areas where the difference between home values and incomes was greater: in Markham and Richmond Hill, homes were valued at around eight times homeowners' incomes.

Statistics Canada also surveyed Canadians on whether they had moved within the past five years, and why they had moved. In British Columbia, 10 per cent of respondents said they had moved because of eviction or foreclosure, the highest rate of all provinces and nearly double the national rate of 6.3 per cent.