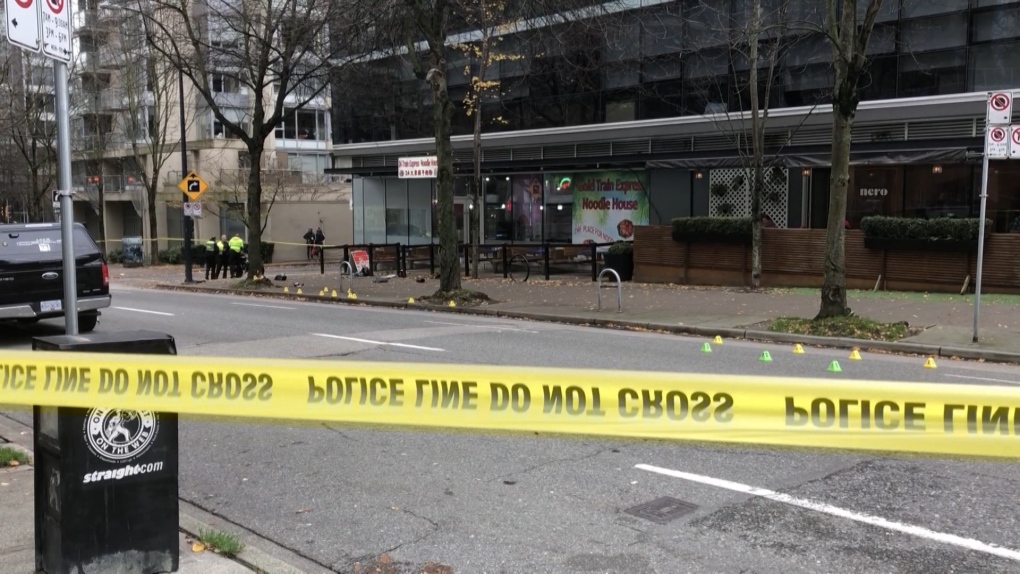 Police investigate the cause of a fatal motorcycle accident in downtown Vancouver on Sunday, Nov. 24, 2019. (CTV)

VANCOUVER -- Police are investigating the cause of a fatal motorcycle crash in downtown Vancouver Sunday afternoon. but say speed was likely a factor.

A 44-year-old man was travelling east on Nelson Street when he lost control of his motorbike "for unknown reasons" near Granville Street and crashed into a tree. No other vehicles were involved in the accident.

The driver was taken to hospital, but was pronounced dead. The VPD's Collision Investigation Unit is now investigating what caused the crash.

This is Vancouver's 12th fatal motor vehicle crash this year. Police are asking anyone who witnessed the accident or has video to call the Collision Investigation Unit at 604-717-3012.