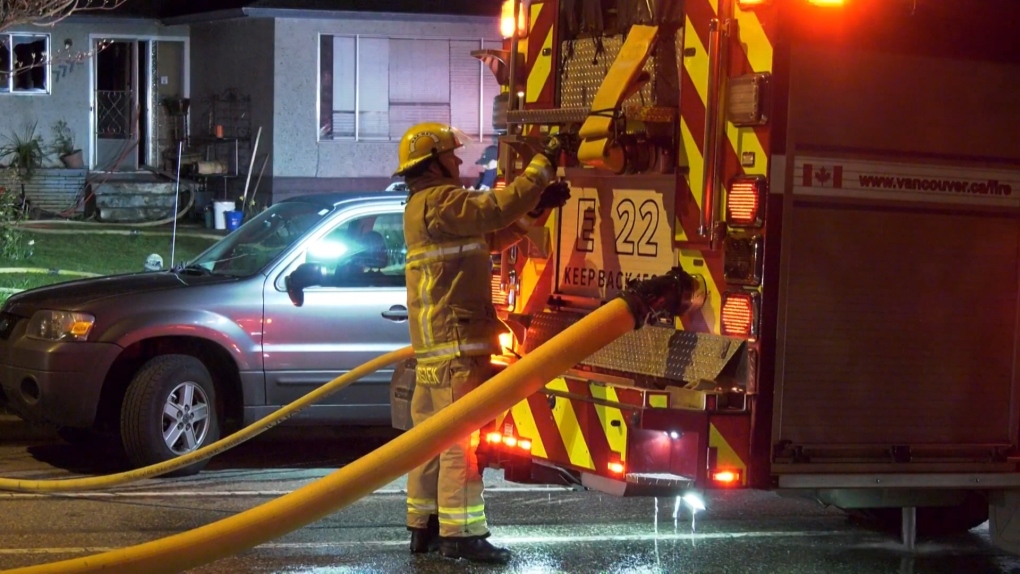 A fire broke out in a duplex on Cambie Street early in the morning of April 9, 2020.

VANCOUVER -- A man and his dog have been displaced after an early morning fire in South Vancouver.

The flames broke out in a duplex on Cambie Street near 61st Avenue at around 1:30 a.m.

Fire officials on scene told CTV News the blaze started in the living room of one of the units, but no one was inside at the time.

A team of about 20 firefighters were able to douse the flames in about an hour.

The damage was significant, with charred and shattered windows and doors.

Crews were able to stop the flames from spreading to the second unit.

The fire chief said no one was hurt, but the man who lived in the damaged half of the building won’t be able to return home anytime soon.

Residents of the attached unit were interviewed by Vancouver Police.