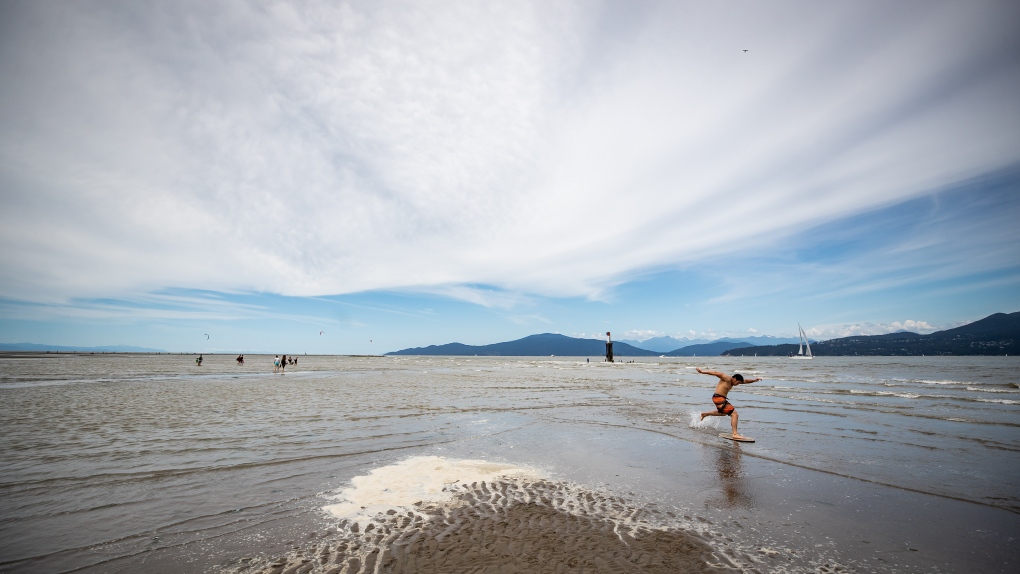 For two weekends in a row the lifeguard perch at Spanish Banks West has sat vacant.

And now, as Metro Vancouver approaches what could be a record-setting heatwave, the union that represents 100 or so lifeguards is expressing concern over an ongoing staffing shortage.

“On a day like today where there’s normally hundreds and hundreds of people out, you would normally add more guards to those spaces, not be stretching things thin,” CUPE 1004 President Andrew Ledger told CTV News on Sunday.

According to the city's park board, every morning an availability call goes out to auxiliary guards to supplement the full-time contracted staff.

But many days, it appears not enough of them are available.

Peter Fox, manager of recreation services for the Vancouver Park Board attributes the shortage to one other industries like restaurants are facing.

“People are making a choice about whether they want to come back to work in the industry,” Fox said.

He also noted some lifeguards may still be anxious about working during the pandemic, even with robust COVID-19 training and safety plans in place, while others have not returned to Vancouver.

Fox is hopeful that with schools and universities finishing their spring term, there will be more lifeguards returning and uptake on jobs that have been posted.

“It’s my hope we don’t find ourselves in this position the rest of summer,” Fox said, adding that while Spanish Banks West was unstaffed last Friday and Saturday, the park board was able to staff it Sunday.

Sunset Beach was also impacted by the shortage on Saturday, June 12.

In the meantime, the union that represents lifeguards wants the park board to consider closing an outdoor pool for a day, instead of leaving beaches unstaffed, because they are uncontrolled environments.

“Our guards are feeling the priorities of where they’re being dispatched to are leaving the public at risk,” Ledger said.

Though Fox said the park board also has a commitment to those who have purchased tickets and booked slots to enjoy one of Vancouver’s pools.

He added that the park board advises on its social media channels when a normally-guarded beach won’t have lifeguards onsite.

And for those unsure about their swimming abilities or the local conditions?

“Have a chat with the (lifeguards) about what’s safe and what isn’t,” Ledger said. “They’re the experts.”