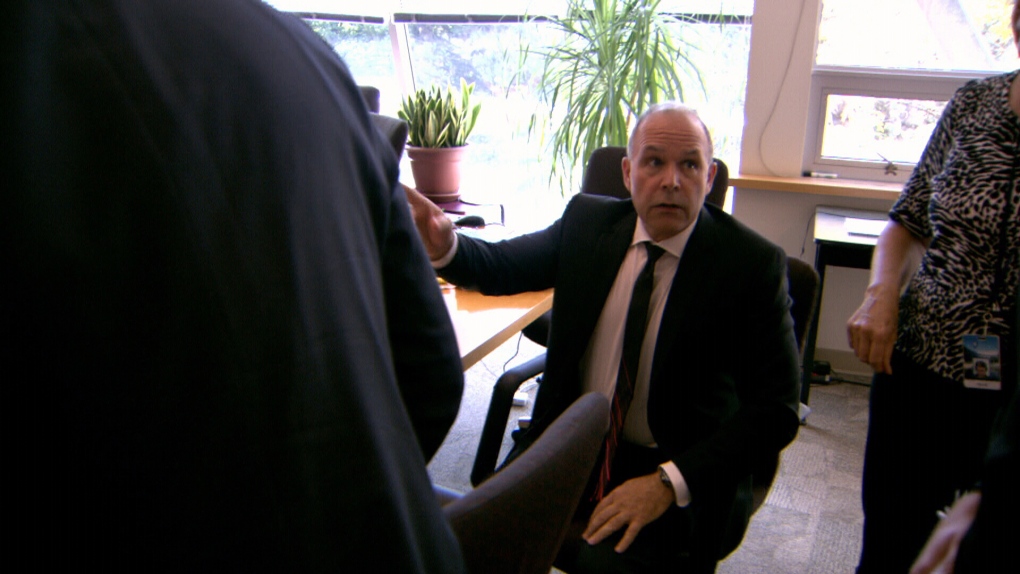 Rob Kroeker is seen in this image from 2018.

The chair of British Columbia's Justice Institute has resigned, days after a CTV News story explored how he once oversaw compliance at the casino labelled the epicenter of money laundering in the province’s gambling industry.

In a statement, Rob Kroeker said he was stepping aside to avoid any disruption to students and staff that his past, and the media coverage, would create.

“While my term as a Governor concludes shortly, I have taken the decision to step down from the Board effective immediately to remove the possibility that students, staff and the work of the JIBC may experience further disruption,” he said.

The CTV News story noted that Kroeker, who is a former director of B.C.’s Civil Forfeiture Office, was the vice-president of compliance and security of the Great Canadian Gaming Corporation, which oversaw the River Rock Casino.

A government report concluded that this was a period where “certain Lower Mainland casinos unwittingly served as laundromats for the proceeds of organized crime,” pointing to millions of dollars accepted, much of it in $20 bills.

The report also said River Rock broke anti-money laundering rules by only reporting buy-ins above $50,000, even though the legal threshold was $10,000.

Kroeker ignored repeated requests by CTV News to ask about his role as chair of the Justice Institute, which trains public safety professionals including police. A CTV News crew attempted to speak with him at a public JIBC board meeting.

Video shows Kroeker agreeing to an interview, but then staying inside the board meeting. The door to the meeting was closed and locked.

Kroeker gave his interpretation of the events at the meeting in his resignation announcement.

“Recently, some members of the media have taken to disrupting operations at JIBC, including entering into locked and secure staff areas without invitation or permission, pursuing matters that have not involved JIBC,” Kroeker said.

“These events are taking attention away from the education and training of justice and safety professionals. Students, staff, faculty and other Board members should not be subject to these intrusions.”

According to the JIBC website, Sukhminder Singh Virk, a Langley lawyer, is the new chair of the board.

Kroeker remains vice-president of corporate security and compliance at the B.C. Lottery Corporation, which oversees licensed casinos in B.C.