'It has been interesting': Meet the B.C. sign language interpreter attracting attention across the country 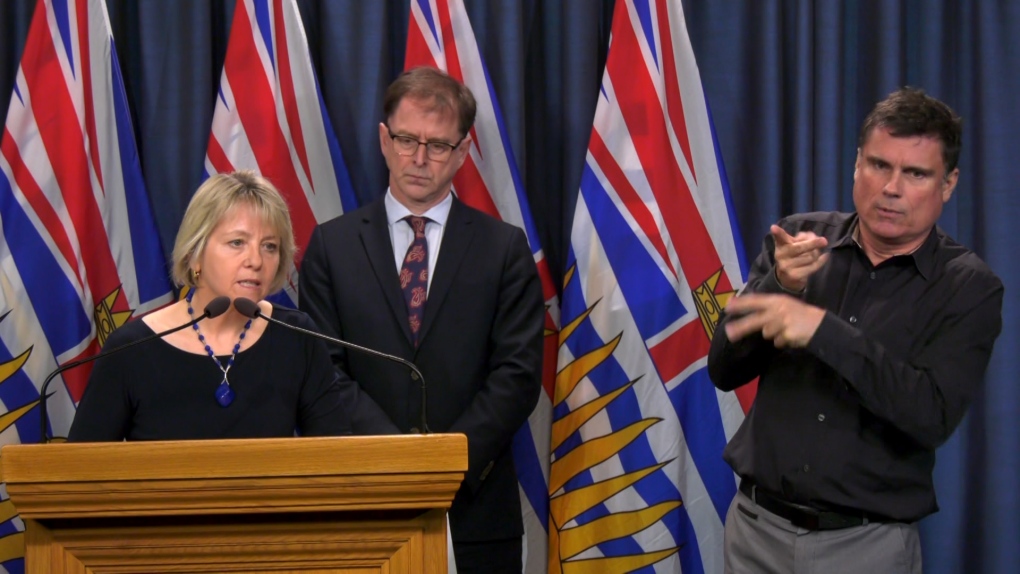 VANCOUVER -- For weeks, eyes across the country and the province have been glued to TV and computer screens, hanging on the words of B.C. health officials as they provide daily updates on the coronavirus situation in the province.

Provincial Health Officer Dr. Bonnie Henry and Health Minister Adrian Dix have become household names, but a new face has also become familiar to British Columbians as someone communicating the COVID-19 crisis unfolding in our communities.

Nigel Howard is an American Sign Language (ASL) interpreter, and has been the man tasked with conveying the sometimes complicated details around new cases and the growing public health threat posed by COVID-19 through ASL to the deaf community locally and across the country.

On social media, Howard has been called "expressive," "unique," "phenomenal," and even a "communicator extraordinaire."

If you don't know who Nigel Howard is, can you really call yourself an informed BC resident?

Howard's expressive style has also prompted the creation of a Facebook fan club, which has dubbed him a "sign language hero," and a website dedicated to photos and gifs of his signing.

While Howard is a new face for many, for others he is already well-known.

He has been a professional interpreter for more than two decades, including 24 years as an instructor at Douglas College's program of sign language interpretation. Howard also works in the linguistics departments at both the University of Victoria and the University of British Columbia.

One of his specialties is interpreting in medical settings.

Howard is deaf himself.

To appreciate the complexity of an ASL interpreter's role, it is important to understand the process happening behind the scenes.

As Henry, Dix or anyone else speaks at the podium during the provincial briefings, a "hearing interpreter" is signing to Howard, who is then tasked with communicating the message -- along with the emotion and nuances behind it -- through sign language.

CTV News had the opportunity to interview Howard by email this week.

CTV: What is the importance of your role in the news conferences we are seeing?

Howard: The role I see myself is conveying from spoken English to Canadian American Sign Language. The majority of deaf people use ASL as their primary language --whereas English is considered second or even third language. Like any spoken languages -- nuances, grammar, and emotion are visually expressed the use of ASL.

CTV: For people who may not be in the deaf community, and may not be used to seeing an ASL interpreter on TV, what should they know about your role?

Howard: For the current situation we are experiencing, it is critical and essential to utilize a well-qualified deaf interpreter -- who is a native ASL user -- to incorporate the elements of spoken language. (That includes) the speaker's tone, emotion, nuances, affect, intent, meaning and so on through interpretation process. It is certainly not an easy process as we have to look into the speaker's intent message/meaning and his/her/their goal and to interpret into signed language while keeping the message equivalency intact, but in native language that deaf persons will receive and comprehend.

CTV: How difficult is it to do that much interpreting for such a long period of time?

Howard: Ideally it is common practice to do 20 minutes. Some situations may not warrant the turnover of interpreters every 20 minutes due to the pace of the speaker and the flow of narration. Up to one hour is the maximum, and all announcements have been up to one hour. We focus on the speakers' goals and intents in order to interpret from one language to the other.

CTV: What kind of reaction have you been getting since taking on this role during the COVID-19 crisis?

Howard: Well, it has been interesting. A lot of people are piqued with the use of sign language interpreters on TV. For too long people assumed that closed captioning is the solution for all, when, in fact, the majority of deaf people prefer sign language. Captioning is still in English and does not show nuances, tone or emotional aspects of the speaker. The sign language interpreter has the ability to do so, where the deaf viewer can feel connected to the speaker.

CTV: What other message do you have for British Columbians about your role?

Howard: I would hope that the British Columbians realize that ASL is actually a language in its own entity, just like any other language, and that they shift their mindset of deaf people being "disabled" to persons that happen to be deaf and use different language.

Editor's note: Questions and answers have been edited for length and clarity

Masks or no masks for the return of school in B.C.?

Number in hospital with COVID-19 in B.C. declines again