Interactive map and timeline: Dozens of shootings in Surrey 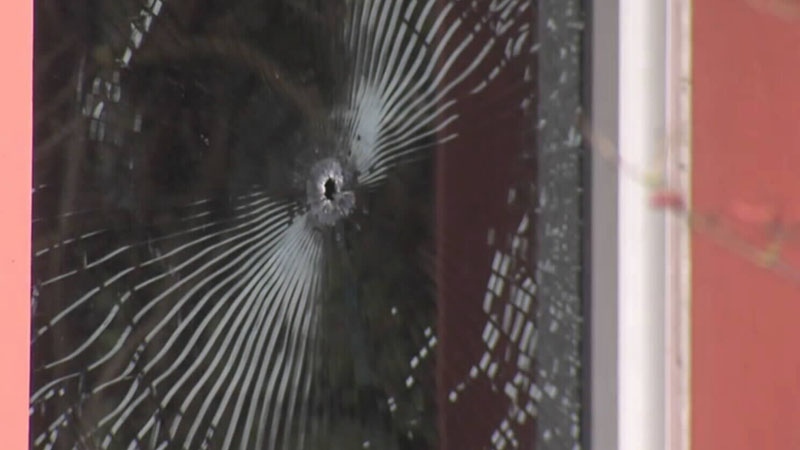 Dozens of shootings have been reported in Surrey so far this year, many of which have been attributed to a new drug-related conflict.

There were 53 confirmed shootings in 2016 in the city as of Dec. 17. Police are also investigating a bullet hole found in a window of the Surrey RCMP detachment, though officers have not yet determined when that shooting occurred.

Although police have confirmed they've investigated 54 incidents, the force has only provided information on 39 of the shootings.

Police told CTV News that they would not provide more details on the other 15 shootings because there was no need for public assistance. In most of the cases, investigators found evidence that firearms had been discharged, but said there were not necessarily any injuries or victims.

The majority of the shootings have been in the Newton area, followed by the City Centre and Guildford neighbourhood.

Jan. 4: A drive-by shooting in the area of 152 Street and 48 Avenue turned into a high-speed car chase after a victim of the shooting chased down his alleged assailants.

Jan. 11: Investigators were called to the area of 123A Street and 90 Avenue shortly after midnight for reports of a possible shooting.

Jan. 22: Three people were arrested after a house was shot at in the area of 153a Street and 111 Avenue shortly after 3 a.m.

Jan. 26: Mounties arrested two people following an early-morning shooting near 136 Street and 111 Avenue, but did not provide further information.

Feb. 8: Police provided few details, but there were reports of a shooting in the area of 84 Avenue and 133A Street early Feb. 8 or late Feb. 7.

Feb. 10: RCMP were called to the area of 144 Street and 84 Avenue for reports of shots fired between two vehicles, and found casings on the road.

Feb. 13: Two men appeared at a Surrey hospital suffering from gunshot wounds. Police are not releasing the location of the shooting at this time.

March 5: Police were called to the scene of a shooting in the area of 62 Avenue and 142 Street, where witnesses reported occupants of one vehicle were shooting at another vehicle. No injuries were reported.

March 6: Police were called to the area of 136B Street and 59 Avenue for reports of shots fired.

March 11: A driver crashed into a tree near 79 Avenue and 123 Street and died of serious injuries, which were later determined to have been caused by a shooting.

March 13: A male victim was treated in hospital for serious injuries following a nighttime shooting in the 14200 block of 64 Avenue.

March 14: Shots were fired into the front window of a home in the 15800 block of 98 Avenue following an argument, but no one was injured.

March 18: A victim of a drive-by made his own way to hospital after being injured in a 2 a.m. shooting in the area of 144 Street and 92 Avenue.

March 20: Police found shell casings after being called to the 11000 block of 132 Street shortly before 7 a.m. No injuries were reported.

March 22: A male victim was taken to hospital with non-life-threatening injuries after what police called a targeted shooting in the 10800 block of 143 Street after 7 p.m.

March 25: No victims were located after several shots were fired in the area of 128 Street and 56 Avenue, shortly before 1 a.m.

March 29: Police were called to the scene of a possible shooting at approximately 2:30 a.m., in the area of 91A Avenue and 124 Street, but officers would not provide details on their investigation.

April 2: A male was taken to hospital with non-life-threatening injuries after shots were fired in the evening in the 12200 block of 92 Avenue.

April 3: No injuries were reported when shots were fired between two vehicles in the area of 88 Avenue and 132 Street on Sunday evening.

April 4: A victim received non-life-threatening injuries in a brazen daylight shooting in the area of 86A Avenue and 140 Street in the early afternoon.

April 5: RCMP discovered a hole in a window at the Surrey detachment. It is not known when the building was shot at.

April 5: A teenager and another person were injured in what police say was a targeted shooting in the 7700 block of 155 Street, at about 11 p.m.

April 24: RCMP received a call at 6 a.m. reporting that a female had fired a gun in the area of 94a Avenue and 168 Street, but police did not find a gun or any evidence that shots were fired.

May 9: A man appeared at an Abbotsford hospital suffering from non-life-threatening gunshot wounds in the early morning hours, and police believe the incident may have happened in the 7500 block of 135 Street.

May 9: Shots were fired from one vehicle to another in the 7200 block of 152 Street. No one was shot but a victim sustained minor injuries from glass fragments, and police believe it may be connected to the earlier shooting on the same day.

May 14: Several people were inside a home in the 1700 block of King George Boulevard when someone opened fire at the building around 3:30 a.m., but no one was injured.

May 14: An injured man was found inside a bullet-ridden SUV in the area of 75A Avenue and Scott Road in what police believe was a targeted attack.

May 18: Shots were fired in the 8300 block of 135A Street during the evening, but no injuries were reported. A black pickup truck was seen fleeing the scene, and a possible male suspect left on foot.

May 19:  Police announced results of a gun amnesty program, which saw 500 firearms and 3,000 rounds of ammunition turned over to RCMP. Officers also revealed that 18 people were arrested in the last three weeks, all of whom are allegedly involved in drug trafficking and other related crimes.

June 27: A 21-year-old man showed up in hospital suffering from a gunshot wound, which police believe may be related to shots fired at the intersection of 128 Street and 60 Avenue at approximately 8 p.m.

June 28: A family dog was found dead, possibly of gunshot wounds, after a shooter opened fire on a home near 127 Street and 100 Avenue shortly after midnight.

July 3: A body was found in Bog Park, apparently suffering from gunshot wounds. Witnesses reported hearing gunshots the night before.

July 10: Shots were fired near 92nd Avenue early Sunday morning, but few details have been provided.

July 12: A man was rushed to hospital with serious injuries after being shot at by two males on bicycles in what police believe was a targeted incident at King George Boulevard and 108th Avenue.

July 23: One man was killed and another injured in what police called a "targeted attack" in the area of 90A Avenue and 142A Street just before 10:30 p.m.

July 28: Police are investigating a shooting in the area of 135A Street and 108 Avenue around 3:10 a.m. that left two people in hospital.

July 31: A 27-year-old died of gunshot wounds following an incident in the area of Antrim Road and 140 Street shortly after 8 p.m.

Sept. 25: A man and woman who are known to police were injured in what police say was a targeted shooting on Sunday afternoon outside a South Surrey home.

Nov. 21: Nine people were taken into custody after police received reports of several shots fired at the Pacific Inn shortly after 3 a.m., in what is believed to be a targeted incident.

Nov. 29: A man was injured after shots were fired in the area of the 12,100-block of 68th Avenue at approximately 8 p.m. Police believe the incident was targeted.

Dec. 14: A victim was shot at but uninjured when shots were fired in the 7300-block of 125th Street at about 4:15 p.m. in what police believe was a targeted incident.

Reading on an app? Tap here for the full experience.