'I haven't worn a tie for years': Professional Lego builder's work on display in Vancouver 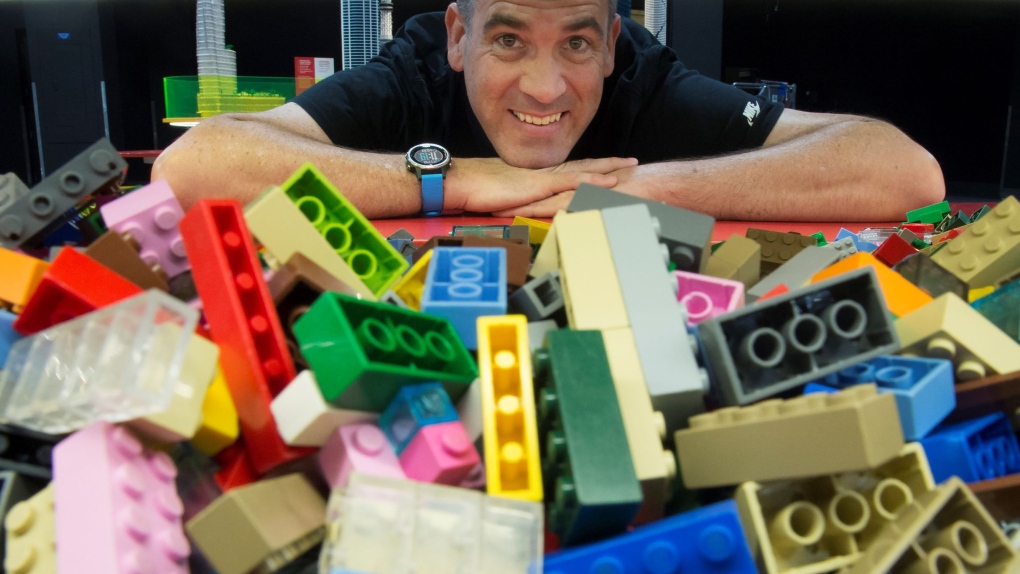 VANCOUVER -- Many years ago when Ryan McNaught was an IT professional he got an email from his manager who wanted to have a meeting about the number of meetings they were having.

“I knew right then that I wanted to do something different,” McNaught said in an interview Wednesday.

Around that time McNaught met people who worked for Lego and began to collaborate on a few projects. The company had recently started its certified professional program and they suggested he put together a business proposal and apply to it.

A little over a decade ago he became a Lego certified professional and is one of only 14 in the world.

Over the past few days, McNaught and a team of Lego builders moved into the Telus World of Science in Vancouver where they have made 20 models of skyscrapers from Canada, the United States, Australia, Asia and the United Arab Emirates. The structures include the Wilshire Grand Center in Los Angeles, Chicago's Willis Tower, the Shanghai Tower and the Burj Khalifa from Dubai.

Co-curator Jesse Brydle said the featured buildings were chosen because the exhibition is showcasing all aspects of architecture and city planning.

The group used more than 500,000 Lego bricks and took over 2,400 hours to build the structures featured in the Towers of Tomorrow exhibition, which begins Friday.

All the buildings are on a scale of 1:200, McNaught said.

“This allows you to compare from buildings around the world,” he added. So a person can sit the Empire State Building next to the CN Tower and compare the two for size and shape, he said.

Of the buildings featured at the exhibition, McNaught said the Shanghai Tower was the hardest to build.

“It's shaped like a guitar pick or a rounded triangle, which twists as it goes up so it was really difficult to build out of Lego bricks.”

It is those limitations with Lego that make it appeal to McNaught's “nerdy tech brain,” he said.

His favourite subjects in school were math and computer science, he said, and building a Lego model is “like being a real architect just with Lego bricks.”

McNaught and his team do research, look at photos, video and even satellite images of the buildings they are going to make.

“Then we do a paper sketch - pen and paper - work out the calculations ... a lot of math is involved. Then we start building from there.”

His first Lego set was a blue boat given to him when he was three years old by his grandma Hazel.

McNaught said the one thing that has remained constant from the time he started playing with Lego are the bricks, which haven't changed at all. His favourite brick is the two by four - two studs wide by four studs long, he said.

“It's a very plain brick but we use a lot of them.”

McNaught said he's “very fortunate” to be doing what he does because it's an “aspirational career.”

“I was in senior IT management. I would put on a suit and go to work, very different day compared to now,” he said.