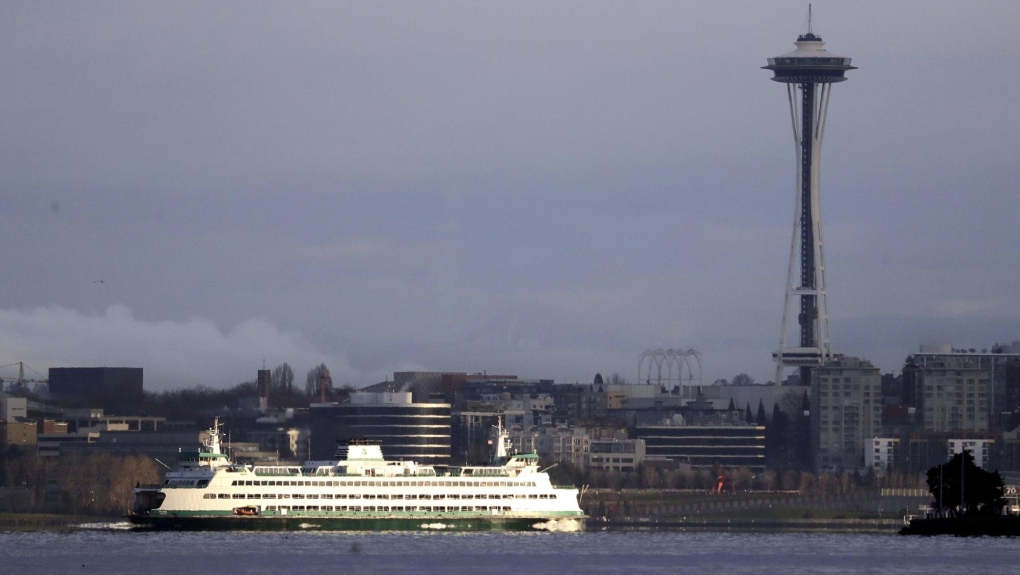 A juvenile humpback whale is believed to be dead after being struck by a ferry travelling through Elliott Bay in Washington State late Tuesday evening.

The whale apparently breached the water about one-and-a-half metres in front of the M/W Wenatchee ferry around 8:15 p.m. May 28, while the ferry was en-route to Bainbridge Island from Seattle.

At least one passenger reportedly saw the whale "gushing a lot of blood" as it surfaced several times, before sinking below the waves.

“Based on information provided by passengers it is likely the strike was fatal,” said U.S. National Oceanic and Atmospheric Association (NOAA) spokesperson Michael Milstein in an e-mail to CTV News Vancouver.

Milstein confirmed the NOAA’s Office of Law Enforcement has begun an investigation, and could not comment further while it remained open.

There is normally a crew member on the bridge watching for whales and other obstructions in the water according to Washington State Ferries, however no crew members saw the whale coming, and the ferry did not have time for evasive manoeuvres.

"The sun was setting and the boat was heading due west, right into the sun; so the whale came up right in front of the bow," said Washington State Ferries spokesperson Diane Rhodes in a phone interview Wednesday afternoon.

The ship was reportedly travelling just under 30 km/h when it hit the whale, which was identified as a humpback by Milstein using a photo.

After searching late Tuesday, the U.S. Coast Guard said there were no further plans to search for the whale Wednesday due to the amount of traffic in the area and the possibility of another ship spotting the cetacean.

“The West Coast Marine Mammal Stranding Network has been notified and is on alert for an injured or dead whale in the area,” said Millstein.