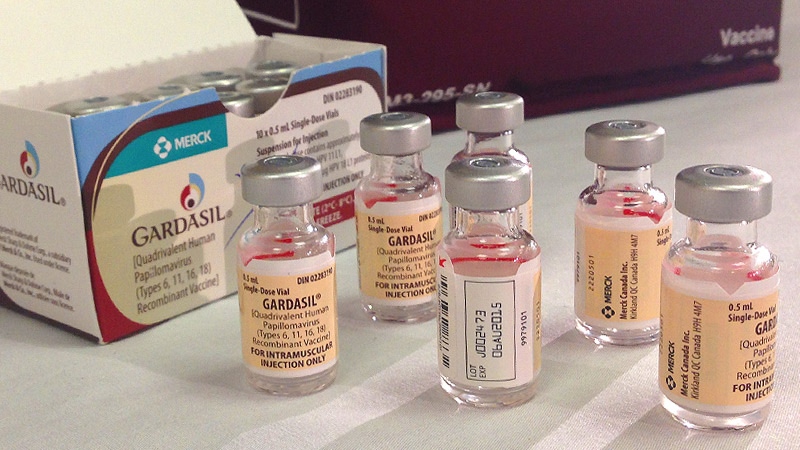 VANCOUVER - More than a decade after B.C. implemented a voluntary, school-based human papillomavirus – or HPV – immunization program, the province says rates of cervical pre-cancer in women has decreased dramatically.

According to the province, HPV has been identified as the cause of most cervical cancers, which is why the vaccination program was implemented in 2008.

An evaluation of the program found that B.C. women who received the HPV vaccine in Grade 6 had a 57 per cent reduction in incidence of pre-cancer cells compared to women who didn't get the vaccine.

"The reports on the 12-year program are positive," said Adrian Dix, Minister of Health in a news release.

"We can save lives through a simple immunization program, and we will. I acknowledge the hard work done by researchers, educators and the health authorities to ensure the success of the program. The dramatic success – pre-cancer rates dropping by over half, shows us the importance of having children immunized early to protect their lives."

The program was evaluated by researchers at BC Cancer, BC Centre for Disease Control, BC Women's Hospital and the University of British Columbia.

"This study reinforces the tremendous importance of school-based immunization programs in our province," said Rob Fleming, Minister of Education.

"The decline we are seeing in HPV-related cancer rates highlights how strong partnerships between school districts and health authorities can significantly improve the well-being of B.C. students."

HPV is common in both men and women and can be spread through sexual contact. Most HPV infections clear up on their own, but some can cause pre-cancerous lesions that can develop into cancer over time in left untreated. The province says 200 women will get cervical cancer every year in B.C. and 50 will die from the disease.