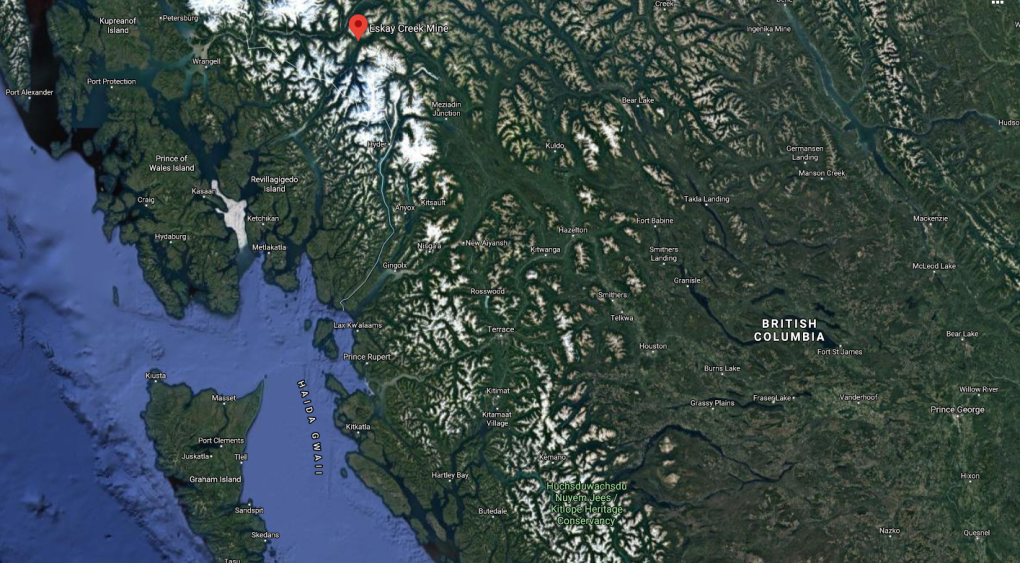 The approximate location of a helicopter crash is seen in an image from Google Satellite View.

VANCOUVER -- Mounties say they've been called to the scene of a helicopter crash in a remote part of northwestern B.C.

The crash occurred near the Eskay Creek Mine, the Stewart RCMP said. The mine is located about 250 kilometres north of Stewart, B.C., and the crash was in a remote area accessible only by air.

Investigators are making their way to the scene, Mounties said Tuesday afternoon.

They said the condition of anyone on board is not yet known.

A helicopter tour company said the aircraft went down Monday, and only the pilot was onboard.

Aberdeen Helicopters told CTV News the pilot died in the crash, a detail that has not been confirmed by police. There is no word yet on the cause of the crash, including whether weather may have been a factor.