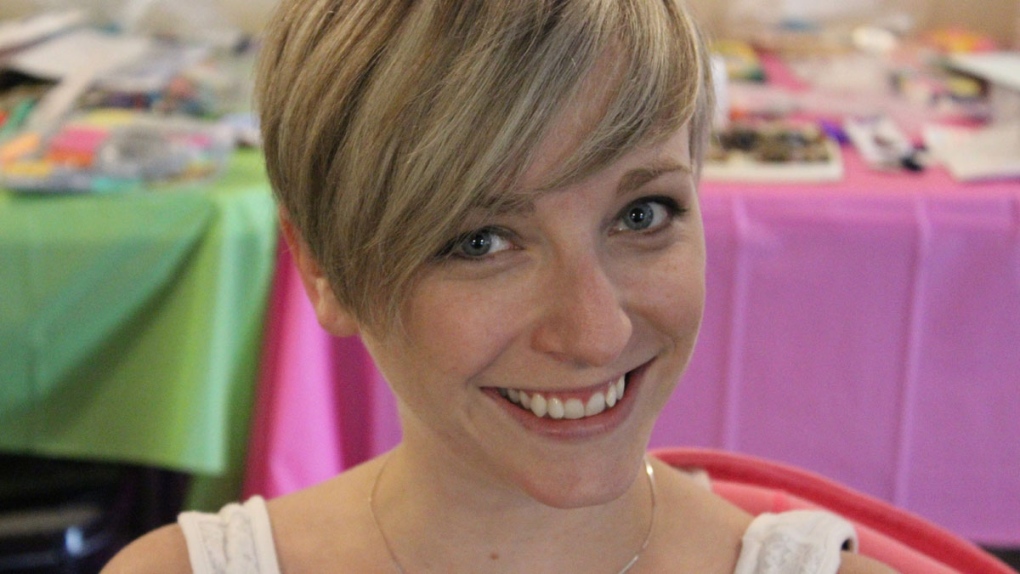 TORONTO - For much of 2011, Vancouver actress Annette Reilly of Netflix's "Chilling Adventures of Sabrina" had intestinal issues that landed her at the doctor's office and hospital multiple times.

The then-30-year-old had severe cramps, a blockage, bloody stool, anemia, low hemoglobin and eventually a near-daily low-grade fever - basically all the symptoms of colon cancer.

But doctors didn't consider that someone her age could have the disease, which is normally associated with older men. They thought she might have an ulcer or obsessive compulsive disorder; prescribed her iron pills, painkillers and antidepressants; and gave her an X-ray and enema.

Finally in November of that year - after 10 months of frustration and shame, and an emergency room visit she describes as one of the worst nights of her life - Reilly got a much-needed colonoscopy that revealed she had Stage 3B colon cancer, meaning it had spread to nearby lymph nodes.

"I think if I had been a male over the age of 50, I would have been given a colonoscopy first thing, right out of the gate, and they would have found this giant tumour," says Reilly, who plays Diana Spellman, the mortal mother of teenage witch Sabrina Spellman.

"I found that I wasn't being taken seriously by the medical system, which I found to be consistent with my other cancer-surviving peers. Because of our age and sometimes our gender, there's a bit of discrimination that happens there. It's a bias, I think, that's taught to doctors."

A new report from Young Adult Cancer Canada sheds light on such unique issues faced by the 22 young adult Canadians (ages 15-39) who are diagnosed with cancer each day.

The report is based on early data from the not-for-profit organization's Young Adults with Cancer in their Prime study.

In collaboration with Dr. Sheila Garland, assistant professor of psychology and oncology at Memorial University in St. John's, N.L., the study surveyed 622 diagnosed young adults across Canada to explore the physical, social, financial, and emotional challenges they face as compared to their peers without cancer.

It found cancer in young adulthood can "disrupt an important period of development and identity formation, which tends to have a cascading impact on all areas of life."

Yet there are few support programs geared to helping these patients through diagnosis and recovery, the report says.

"Many people see this age group as 'too young to have cancer' resulting in a massive lack of resources from support to research," Geoff Eaton, founder of YACC and a young adult cancer survivor, says in a news release.

One of the main issues facing young adults with cancer is financial strain, says the report. Treatment and recovery affect their ability to work, and not all treatment costs are covered by public health care in Canada.

In Reilly's case, she was unable to work for several months prior to being diagnosed due to her symptoms.

When she was diagnosed, she was in pre-production for her second film, the human trafficking short "Coerced," for which she was a co-producer and cast member.

Six weeks after surgery to remove her ascending colon, Reilly started shooting that film - in the same week she started chemotherapy.

All this while she was trying to build a life with her nearly-one-and-a-half-year-old daughter and her then-husband of four years.

"I feel I lost almost a year with my daughter when she was a baby," Reilly says.

"I lost a couple of years of career growth that all my peers had. It's all these little things that people don't take into consideration."

Those little things also include a lack of resources.

Because so few young women are diagnosed with colon cancer, Reilly found "zero information" available on how the type of chemo she was doing would affect her reproductive system. She and her husband didn't want to take any chances, so they froze some of her eggs before her chemo started.

She also found a lack of support groups for cancer patients her age and struggled to find anyone she could identify with. Eventually she was connected with YACC and attended one of their retreats, which she said changed her life.

Reilly also grappled with speculation from others and even from herself, on how someone so young and in good physical shape could get what's "typically known as an old man's disease." People wondered - could it have been her cellphone use? Stress?

Reilly says she's taught herself to correct such thoughts and not cast blame.

These days she's in good health, but not without what she called "war wounds," including post-traumatic stress disorder, which "rears its ugly head every once in a while."

Still, she counts herself "one of the lucky ones."

And she doesn't blame doctors, noting their bias comes from medical training.

She hopes that sharing her story will raise awareness about what it's like to have cancer as a young adult, and help others like herself so they don't feel alone.

She also hopes to encourage a change in thinking in the medical community.

"I just hope that those in the medical community will look at the individual cases without the bias, just for what they are and realize that there are exceptions to the rules," Reilly says.

"I hope there can be a bit of compassion there too."

This report by Victoria Ahearn of The Canadian Press was first published Oct. 23, 2019.