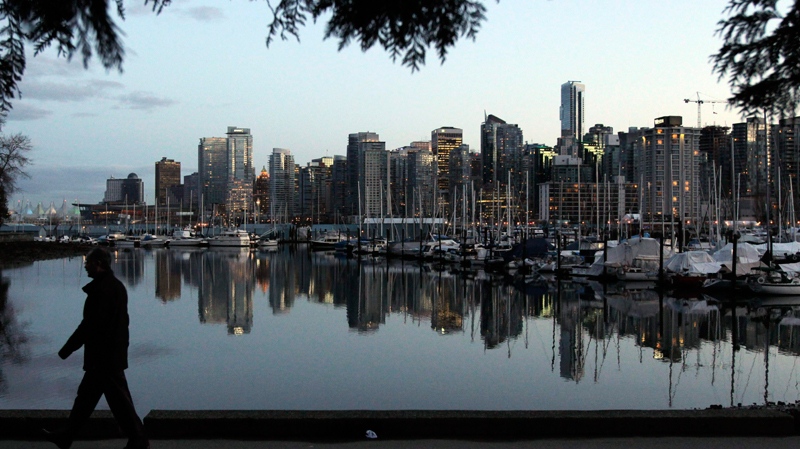 A man walks in Stanley Park as the skyline of Vancouver is reflected in water in Vancouver, Friday, Feb. 5, 2010. (AP / Jae C. Hong)

Single parents and male gay couples face significant discrimination in Metro Vancouver when looking for rental housing, according to a new University of B.C. study.

The UBC study released Friday shows that same-sex male couples are nearly 25 per cent more likely to be rejected by landlords seeking renters, while same-sex female couples do not face the same challenges.

As for single-parent families, the study shows that they are 15 per cent more likely to be rejected by landlords.

For the study, there were 1700 inquiries sent to landlords advertising rental properties. The emails were identical except for opposite or same-sex partner mentions and signatures such as "Matt and Kate," "Matt and Kevin," or "Melissa and Kate."

For single parents, there was a mention of a son or daughter in lieu of a partner.

According to Nathanael Lauster, the lead author of the study and sociology professor, in many cases the response to male same-sex couples was slow or non-existent and for single-parents there were rejection emails. The reluctance to rent could stem from personal beliefs and financial concerns, he says.

In a city that has such limited housing available as is, the extra obstacle makes it nearly impossible for the members of the LGBT community, said Jennifer Breakspear, the executive director of Qmunity, a resource centre for the community.

"It's a difficult place to find afford housing as it is, then throw in discrimination for sexual orientation or family status – that tightens up market like crazy," said Breakspear.

Areas like East Vancouver, Burnaby and New Westminster -- which have a large number of single-parent families -- showed increased levels of discrimination towards single parents.

On the flip side, neighbourhoods with large gay populations – such as Vancouver's West End – had lower levels of discrimination towards male same-sex couples.

"To some extent, that is why we see some groupings in neighbourhoods. People want to go where the live safely, are accepted and are comfortable," said Breakspear.

More work needs to be done to ensure both landlords and renters are aware that discrimination by sexual preference or family relationship is illegal in Canada, said Lauster.

Although the study showed there was significant discrimination in certain neighbourhoods, Lauster said there are other areas that could be much worse.

"Vancouver has a reputation for tolerance of diversity in North America and a vibrant gay community," said Lauster. "This means that housing discrimination levels may even be higher in other cities."