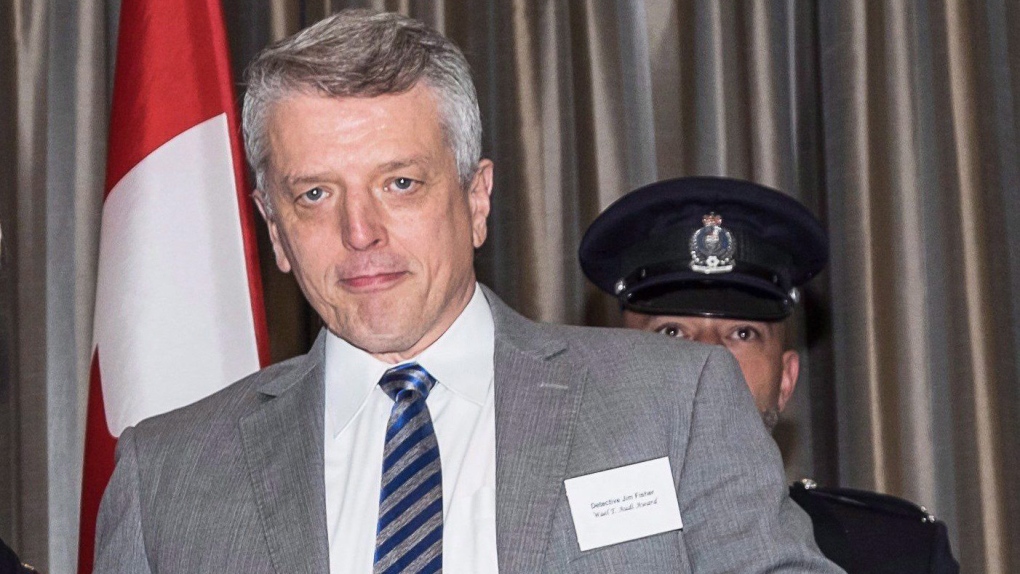 According to separate notices of civil claim filed in B.C. Supreme Court Monday, both women – whose identities are protected under a publication ban – had been exploited by pimp Reza Moazami and testified against him at trial.

Fisher worked as a witness co-ordinator and victim support worker during the investigation, the lawsuits say.

"Fisher used his position of trust, power and authority over (the plaintiff) to sexually and psychologically exploit (the plaintiff) by imposing unwanted sexual and romantic attention on (the plaintiff)," both lawsuits allege, adding that this included kissing, groping and "unwanted touching of a sexual nature."

One of the women's statements of claim includes an allegation that Fisher groped her genitals in a vehicle.

Both lawsuits allege Fisher threatened the plaintiffs by telling them that Moazami would go free if they told anyone about their alleged interactions with the former detective.

"Fisher knew that (the plaintiff) was afraid that if Moazami was free, Moazami would find her and harm her," the court documents allege.

None of the allegations made in the two statements of claim have been tested in court, and no responses to the lawsuits have been filed.

The lawsuits also list the VPD, two unnamed members of the force and the province, alleging that these parties breached their duty to ensure the well-being of the witnesses.

"Members of the VPD…and employees of the province knew or ought to have known that Fisher repeatedly breached and violated policies and standard practices that were intended to protect (the plaintiff) and other persons in (the plaintiff's) position," the court documents read, alleging that these defendants "took no steps or inadequate steps to enforce or implement those policies, which allowed and facilitated Fisher's exploitation of (the plaintiff)."

Since their alleged interactions with Fisher, the lawsuits claim both plaintiffs have suffered "psychological trauma and recurrence of an exacerbation of substance abuse disorder," as well as further fear of being harmed by Moazami.

B.C.'s Ministry of the Attorney General, the VPD and the City of Vancouver declined to comment on the allegations.

Fisher's lawyer has not responded to CTV News' request for comment.

Last summer, Fisher pleaded guilty to two counts of breach of trust and one count of sexual exploitation for kissing two vulnerable young witnesses involved in pimping and sex trafficking cases. He was sentenced to 20 months behind bars and two years of probation.

Before being arrested on those charges, he served 29 years as a VPD officer and was the recipient of a Chief Constable citation in 2015 for his work investigating Moazami. He retired in January 2017.