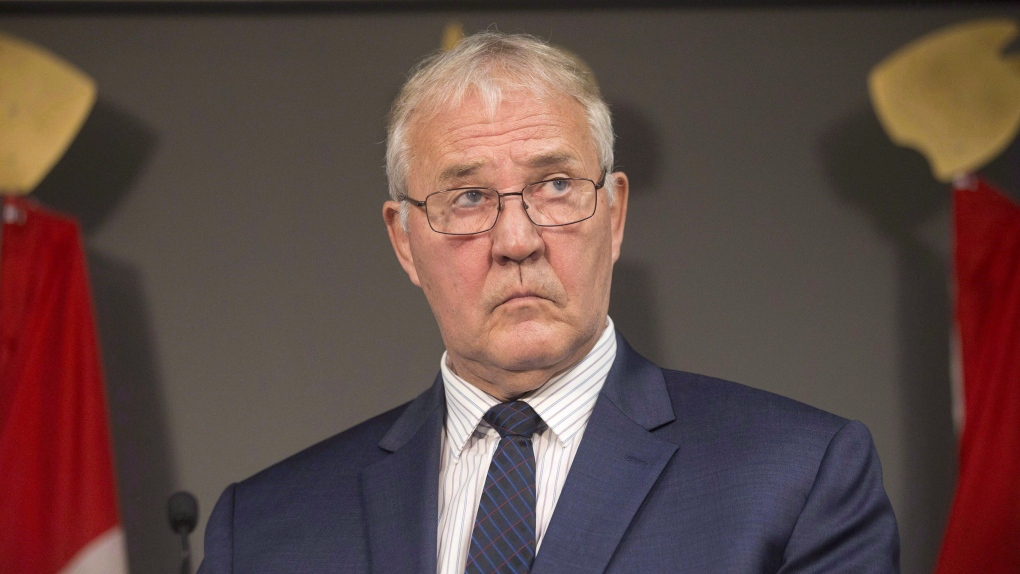 "As Minister of Border Security and Organized Crime Reduction, your goals are to ensure that our borders remain secure and to lead cross-government efforts to reduce organized crime," the prime minister wrote in a mandate letter that was made public Tuesday.

The document outlined eight specific priorities Blair is expected to focus on, including "cutting off money laundering which, as we have seen recently in British Columbia, supports our efforts to counter guns, gangs and opioid distribution."

In March, B.C. Attorney General David Eby asked Ottawa to help prevent money laundering in the province based on the troubling findings of a report by former RCMP deputy commissioner Peter German.

The report made it clear that proceeds of crime had been laundered through B.C. casinos for years.

In his findings, German recommended that the B.C. Lottery Corporation stand down on some of its anti-laundering efforts and that the province create a brand new regulator with its own police force to combat what has been deemed the “Vancouver model” of money laundering.

“We know that the same people who arranged for money to be laundered in casinos were buying real estate. We know that the real estate was being used for large illegal gaming houses,” German said when the report, entitled "Dirty Money" was made public in June.

Eby was in Ottawa to discuss money laundering in late March. It's unclear how much communication about the issue there has been between the two levels of government since or how that might have helped shape Blair's mandate.

According to Trudeau's letter, the new minister is also to lead the government's strategy on what the prime minister called "irregular migration" into Canada, working with the provinces and territories on the issue of cannabis legalization and helping reduce the smuggling of opioids across the border.

Blair is a former Toronto police chief. He was elected to the House of Commons for the first time in 2015 before being promoted to cabinet in July.