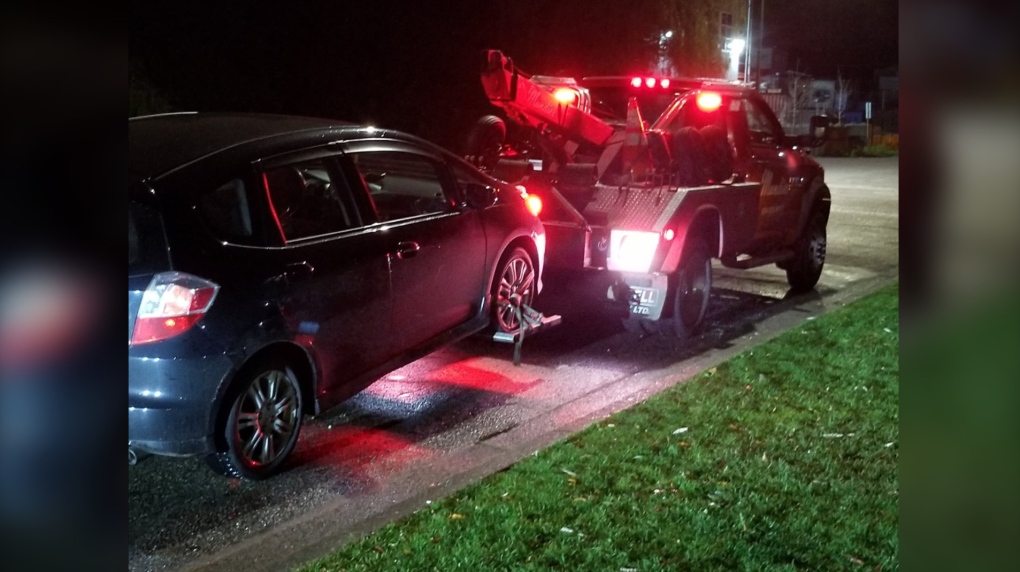 Burnaby RCMP shared a photo of a car that was recently impounded for excessive speed. (RCMP handout)

VANCOUVER -- Mounties in Burnaby are warning drivers to slow down after they said a vehicle was recently clocked going more than double the speed limit entering a residential area.

On Tuesday, RCMP tweeted a photo of a black hatchback being towed, and said the driver had been caught going 105 km/h in a 50 km/h zone.

"As winter sets in and road conditions become more hazardous, it is important to respect speed limits," said the tweet. Mounties also said the driver got a ticket for $368 and his vehicle was impounded for seven days.

They did not specify when or where exactly the driver was pulled over.

Under B.C. law, drivers caught going more than 40 km/h over the posted limit are fined $368 and given three driver penalty points.