VANCOUVER -- Once a national role model in the fight against COVID-19, British Columbia now faces the very real possibility of an alarming and sustained surge in cases.

New modelling released by public health officials on Thursday suggests the province's daily case increases could soon surpass the numbers seen at the height of the crisis back in March and April.

The current trajectory indicates that could happen by September, though provincial health officer Dr. Bonnie Henry stressed there's still time to turn the tide if people improve their behaviour.

"That is concerning but it's not a predictive model – it doesn't tell us what's going to happen, it tells us what can happen," she said of the modelling projections. "Right now, we have it within our capability to make the changes that we need to bend that curve back down." 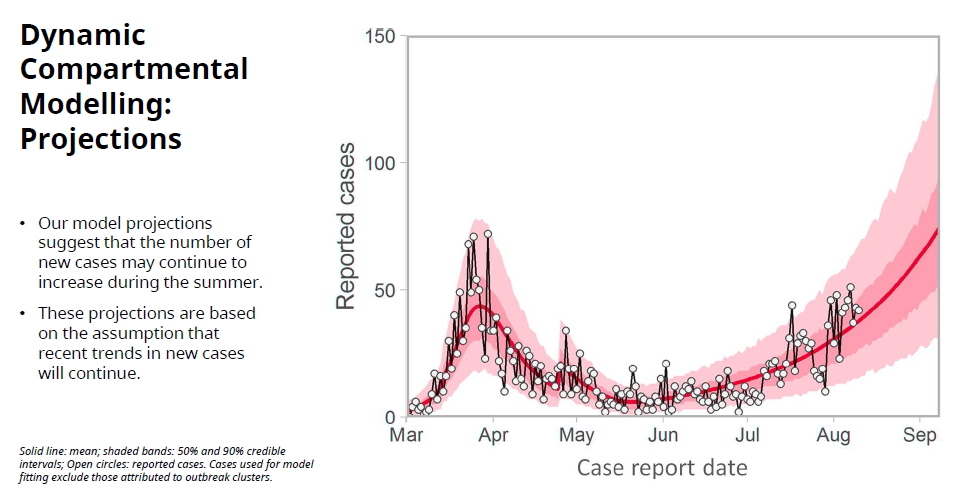 The modelling also warns that B.C.'s COVID-19 reproductive number, which tracks how many additional infections are generated per new case, is also "above the threshold for epidemic control."

The threshold for sustained growth in cases is one – a single additional infection for every case that's identified – but Henry noted B.C. has been "bouncing around a little bit above one" since June. 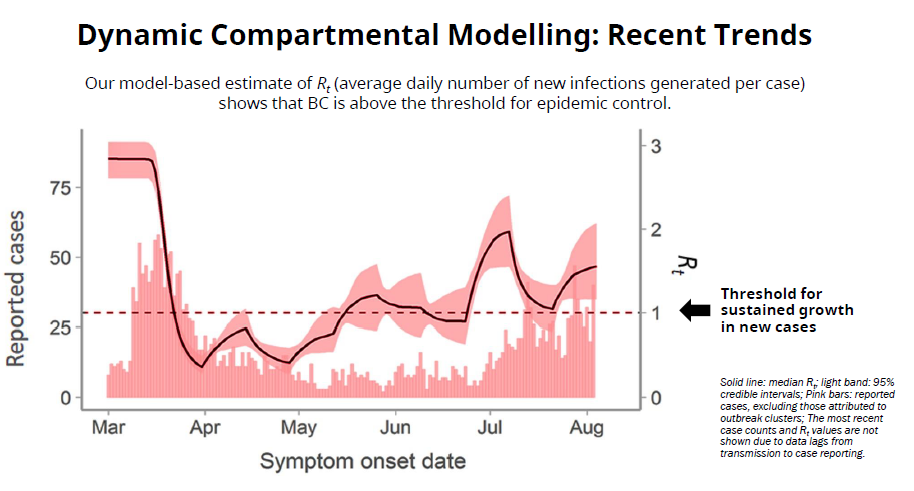 The daily case numbers have already taken a sharp increase this week, with B.C. adding 85 cases on Wednesday and 78 on Thursday. B.C. Health Minister Adrian Dix urged people not to be discouraged, and even more importantly, to do their absolute best to diligently follow the advice officials have been hammering for weeks.

"Don't give up. Do not lose faith, do not lose hope," Dix said. "Your participation and your leadership have never been more important. We have responsibilities in public health but it is you who are making all the difference. We're counting on you."

Much of the recent growth in cases has been blamed on young people partying and socializing in large numbers, or failing to maintain a proper two-metre distance from one another.

The latest modelling puts that into clearer focus, revealing that demographics of young adults are now overrepresented in B.C.'s infection tally. 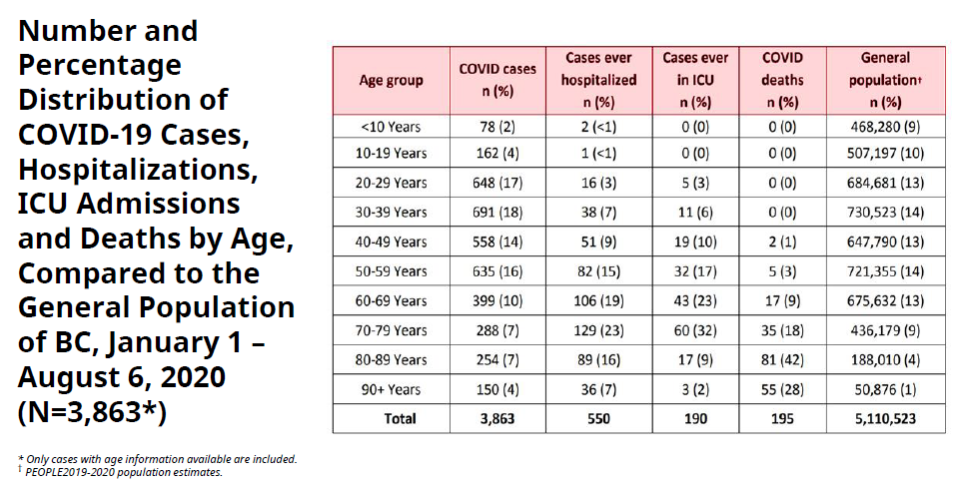 "What we've seen is a decrease in the median age of people affected," Henry said.

Fortunately, officials said, the vast majority of cases still have a known origin – a credit to the crucial contact-tracing work done by public health teams. That work will soon be bolstered by the hiring of 500 new health professionals, Premier John Horgan announced this week.

Despite the concerning outlook, Henry once again reminded the public of her motto – to be calm, kind and safe – and defended the province's approach as largely successful.

"What we have been doing has worked, and that's why we are where we are," she said. "It's a very small proportion of the population that are doing things that are causing some of the spread that we're seeing. The vast majority of us are weathering this together and that's what we need to continue to do."