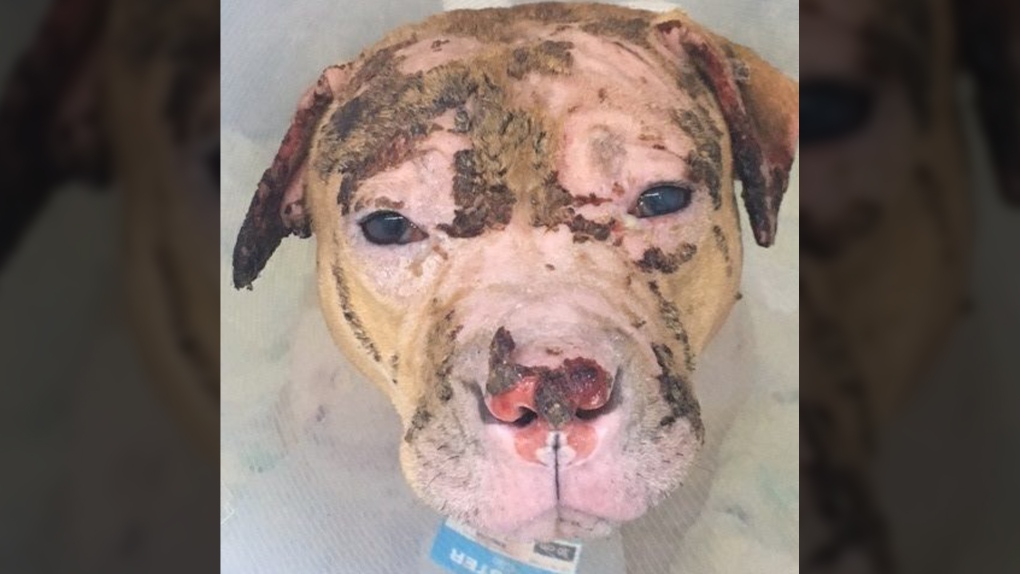 Isabelle is seen in a photo posted to Facebook by the Richmond Animal Hospital.

A dog who received severe burns to her face, belly and paws last month in Richmond is recovering well, but still needs months of care.

Isabelle, a pit bull terrier mix, was stuck inside the trailer she'd been staying in when it went up in flames the week before Christmas. She eventually found her way out, but received second- and third-degree burns as a result.

Her case was "one of the most severe" a Richmond Animal Hospital veterinarian had ever seen, the vet told CTV News in December, adding that it was remarkable that the dog had survived at all.

The injured pup's owner was already homeless and with limited funds, but staff at the hospital began working on Isabelle right away. Her scarred body was treated with antibiotics, pain medication and topical ointments.

Just over three weeks after she was admitted to the animal hospital, vets now say Isabelle's burns are 80 per cent healed. 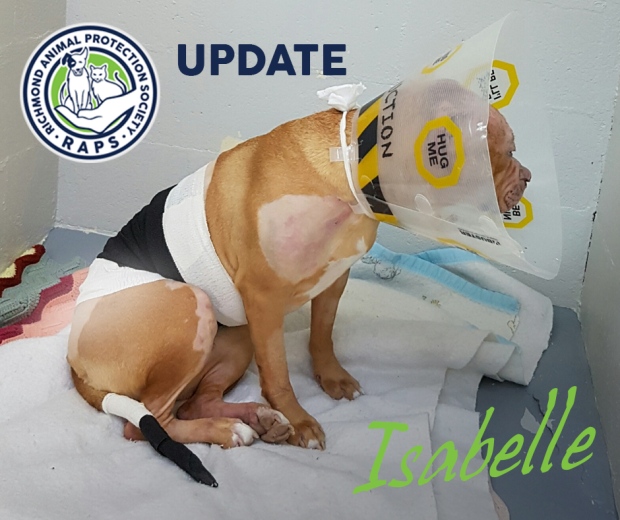 "Her pain is under control, her energy is returning and she is noticeably happier," the Richmond Animal Protection Society (RAPS) said in a message on its website.

Isabelle is "responding heroically," RAPS said, but she still requires anywhere from six months to a year of intensive care to protect and heal her wounds.

She needs bandage changes, hydrotherapy, laser therapy and numerous medications, RAPS said. She may also need surgery in the future to prevent infections.

The care is expensive, and staff at RAPS have set up a webpage for anyone wishing to help cover her medical costs.

When she's improved enough, she will also need a safe, stable home where she can continue to heal under a watchful eye.

"Isabelle is a sweetheart and very loving to humans," RAPS said, but she may have behavioural issues as a result of the trauma she's suffered.