Isabelle is "definitely a fighter," her veterinarian says, but the pit bull terrier mix needs help after being badly burned in a fire.

The injured pup received second- and third-degree burns the week before Christmas when the trailer she'd been staying in went up in flames.

Two dogs were caught in the Dec. 20 fire. One escaped with minor injuries, but Isabelle was initially trapped. Eventually, she managed to escape the wreckage, but she was left with burns on her paws, belly, chest and face.

"This is one of the most severe (cases) I've ever seen personally," Richmond Animal Hospital veterinarian Kyrsia Chipperfield said.

It's remarkable she survived at all. 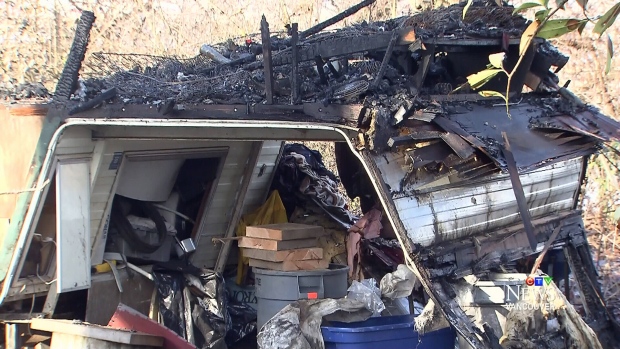 Firefighters called the called the Richmond Animal Protection Society (RAPS) immediately, and Isabelle was rushed to the animal hospital for urgent care.

But her owner, who was already homeless and with limited funds, has been unable to cover the costs of the treatment she needs and the extensive aftercare required to help her heal.

"The poor girl is just in massive pain and all we could think about was, Forget about the cost for now," said Eyal Litchtmann from RAPS.

But Isabelle is being treated with antibiotics, pain medication and topical ointments, and is fighting hard to heal her scarred body. The costs are growing as the dog's daily treatment continues. 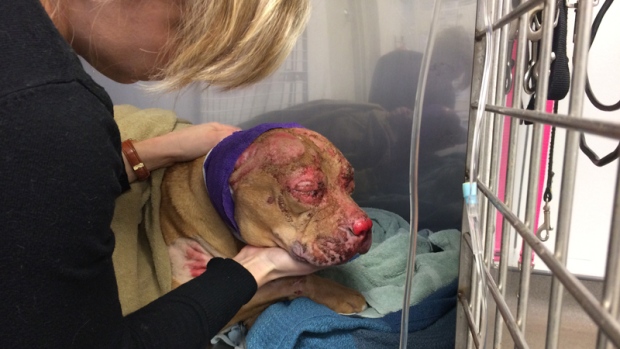 So members of RAPS are asking local animal lovers to open their hearts and wallets and help cover the costs associated with Isabelle's injuries.

One young dog lover has already stepped up, selling some of his toys to raise money.

"I felt like donating it. She needed it more than I do."

RAPS has set up a webpage for likeminded individuals, advising that Isabelle's costs may grow to thousands of dollars.

"We're doing everything we can regardless of the funding," Litchmann said, but the next few days will be critical for Isabelle.

With a report from CTV Vancouver's Tom Popyk