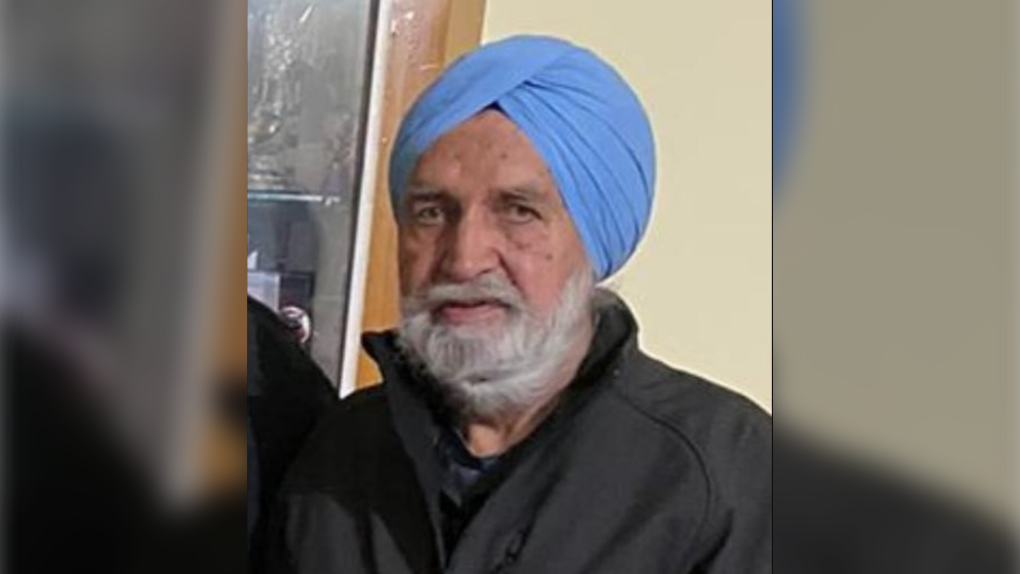 VANCOUVER -- Delta police are searching for three people who may have crossed paths with a missing senior and not realized it.

Police believe these individuals were the last people who saw Jarnail Sanghera before he disappeared. The 88-year-old man went missing last Friday from his home near Nordel Way and 116 Street.

Delta police have released surveillance video of the witnesses walking behind Sanghera in the hope they can be identified.

"In the video, you can see there is a couple walking behind our missing (man) and a person who walks directly past Mr. Sanghera," Delta police spokesperson Cris Leykauf said in a news release. "Police would like to speak to all three individuals to determine if they might have any information about the route he was taking."

The video was taken at 9:07 a.m. on May 15 on 112 Street near 89 Avenue. Sanghera was also spotted about eight minutes later on the same street, heading northbound towards 92A Avenue, according to investigators.

Police are also appealing for anyone with dash-cam footage who was driving in the area that morning to review it and contact police if they see someone who looks like Sanghera.

The missing elderly man's family gave an emotional plea for information on Tuesday and said since he is used to taking transit, he may have left Delta by now.

Anyone with information is asked to contact Delta police and quote file tip number 20-10726.

3 people apparently crossed paths with missing 88-yr-old Jarnail SANGHERA around 9 am May 15 in the 8900 blk of 112th St in N. Delta, and may not know it. They are the last people known to have seen him. Video below. News release -https://t.co/J6elgWbps4 pic.twitter.com/2jiHosoVhu