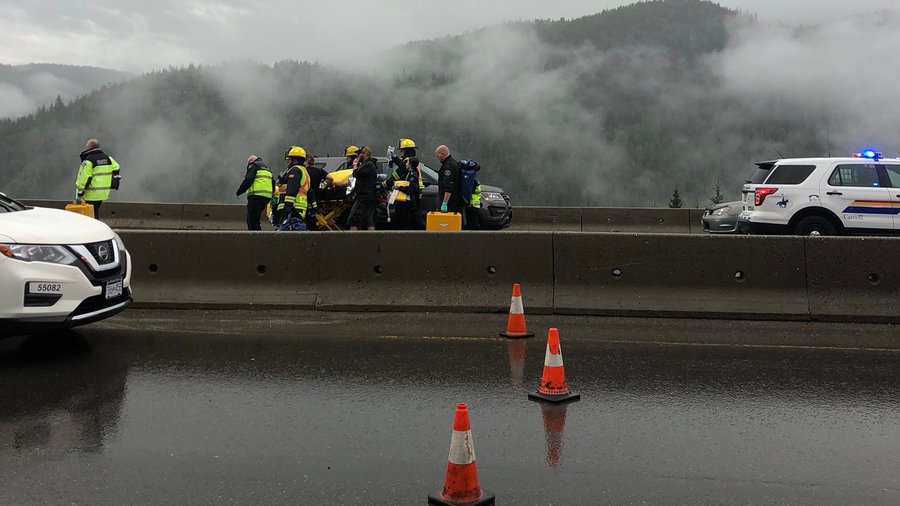 First responders are scene on Coquihalla Highway following a crash on May 16, 2019. (@JoshuaKnaak / Twitter)

Drive BC is warning motorists that the Coquihalla Highway is closed in both directions between Hope and Merritt following a fatal multi-vehicle crash.

The incident occurred near the Kingsvale Bridge south of Coldwater Road around 5:30 p.m. Thursday, but the details of what happened are unclear.

Drivers on scene tell CTV News there were at least three vehicles involved.

The images on social media show several police vehicles, ground ambulances and an air ambulance at the scene.

The BC Coroner Service confirms it is investigating the collision and a coroner has been deployed to the scene, but it is unclear how many people were killed.

Drive BC said an assessment is in progress, but had no estimated time of re-opening.

In the meantime, drivers are being asked to use an alternate route via Highway 1.

@NEWS1130 @AM730Traffic @cbcnewsbc Vehicle incident (likely a major collision) has the Coquihalla shut down in both directions near the Coldwater exit about 15 minutes south of Merritt. pic.twitter.com/JoBr6C8vTA

CLOSED - #BCHwy5 in both directions between #HopeBC and #Merritt due to a vehicle incident. Assessment in progress, alternate route via #BCHwy1 #Coquihalla