The Fair at the PNE is expanding its staffing for the summer, but its latest hire might be a bit flighty.

The Pacific National Exhibition announced this week that well-known East Vancouver resident Canuck the crow has been added to its payroll.

Canuck is a bit of a celebrity in the area, and has made headlines ranging from pestering McDonald's patrons and swooping at Canada Post worker to hitching a free ride on the SkyTrain and stealing a knife from a crime scene. The divisive creature has was the subject of an art show last year, but was also allegedly injured on purpose at a soccer game in March.

Though his life has not been without controversy, the avian imp appears to be turning his life around, attempting to make an honest living.

Ballance said he's also been seen with the gardening and maintenance crews, and in other food and beverage areas.

"He's kind of all over the park doing different jobs," she said.

Guests have mentioned to employees that they've noticed his efforts to brighten their days, by stealing food and peering into strollers and backpacks. The bird also poses for selfies with fans at the park.

She said the bird has been known to steal a red pen or a key off a computer keyboard from a staff member's office, but in general hasn't had any reports of bad behaviour.

"He's a bit of a jokester but he's got a big personality and everybody here really likes him," Ballance said.

"We're part of the neighbourhood and so is he, so it's kind of fun."

Ballance said she's been saying for the last couple of years that many have had their first jobs at the PNE, including Canuck.

And it appears the mischievous character has proven his value, earning a paid position among the PNE's staff.

"We thought it was a fun thing. We're hiring right now, regular staff, and we thought that it was a bit of a fun story in a time where our region seems to have had a lot of serious stories lately," she said.

The PNE is currently hiring humans for jobs in areas including site maintenance, gaming, agriculture, public safety, food and beverages, rides and more. At peak season, the PNE employs 3,660 people. No formal working experience is needed, so many teenagers end up working at the Fair or Playland as their first jobs.

"We require a good attitude and a willingness to work and we’ll provide a fantastic job experience," said Stacy Shields, PNE vice president of human resources.

"Clearly Canuck recognizes the value of (the) Fair at the PNE experience."

The bird will work in a number of roles, earning a starting salary of $12.27 per hour. The money will be based on his number of hours "worked," and the crow's wages will be donated directly to the Night Owl Bird Hospital http://nightowlbirdhospital.ca/, where Canuck received care back in March after an attack at Adanac Park.

Night Owl is fully staffed year-round, 24 hours a day, and provides emergency care and other services for pet birds. Its owner helped care for 600 birds when the World Parrot Refuge in Coombs, B.C. closed its doors last August, until homes could be saved for the parrots found in distress. 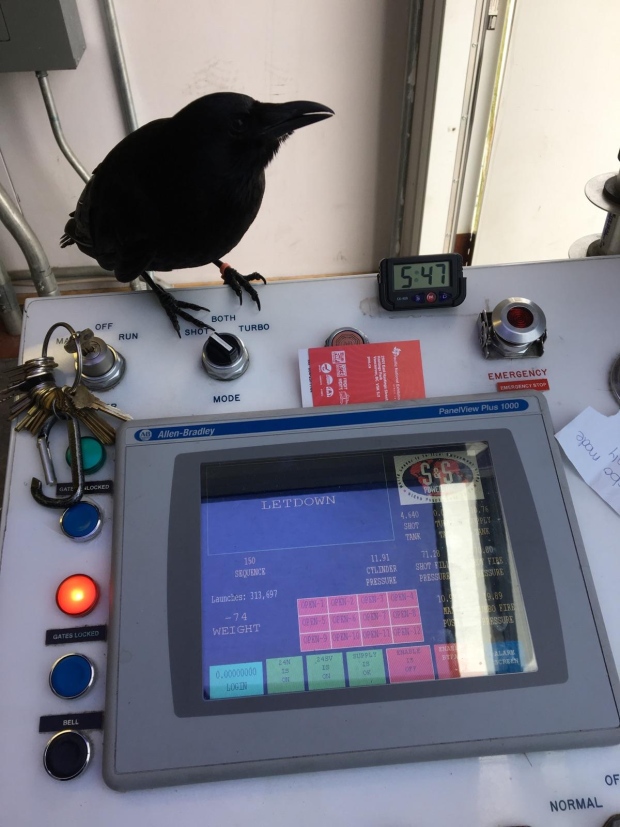