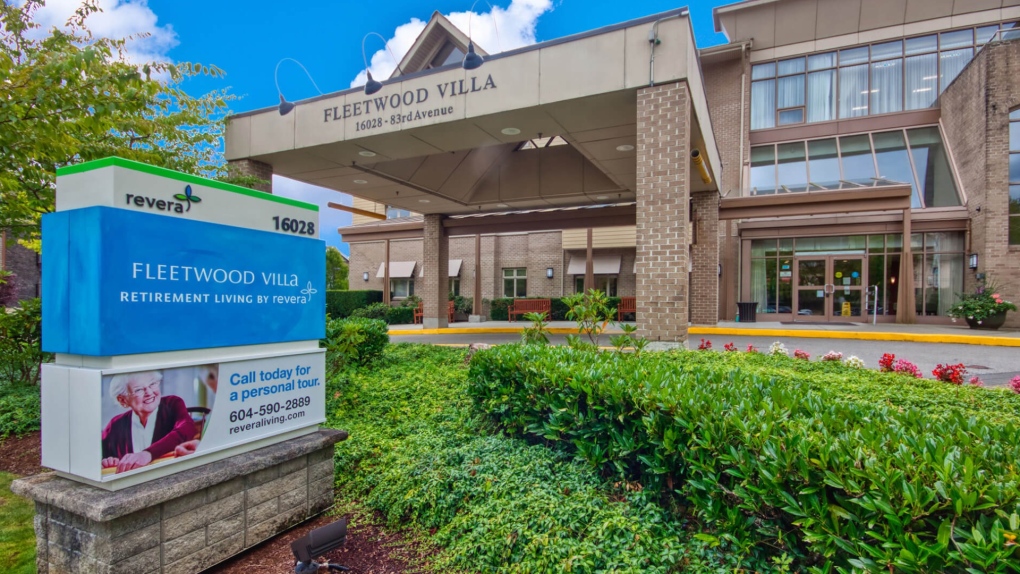 Fleetwood Villa, an assisted-living and independent-living facility in Surrey, is seen in this photo from its website.

VANCOUVER -- The third COVID-19 outbreak at Fleetwood Villa, an assisted-living and independent-living facility in Surrey, has already infected more residents than the previous two.

Fraser Health announced the outbreak in a news release Thursday afternoon, saying three residents of the care home had tested positive for the coronavirus.

The first outbreak at the facility was declared on Nov. 28 and ended on Dec. 11. Only one person tested positive during that outbreak, according to data from the B.C. Centre for Disease Control, but that person - a resident - died.

A week after the first outbreak ended, a second was declared on Dec. 18. That one lasted until Jan. 20 and involved five infections in total, two of them in residents and three in staff members. No one died during that outbreak, according to BCCDC data.

The three residents who tested positive in the latest outbreak are self-isolating in their homes, Fraser Health said Thursday.

The health authority said it is "working with the site to identify anyone who may have been exposed, and is taking steps to protect the health of all staff, residents and families."

Enhanced control measures, including increased cleaning and twice daily screening of residents and staff for symptoms, have been put in place, Fraser Health said.