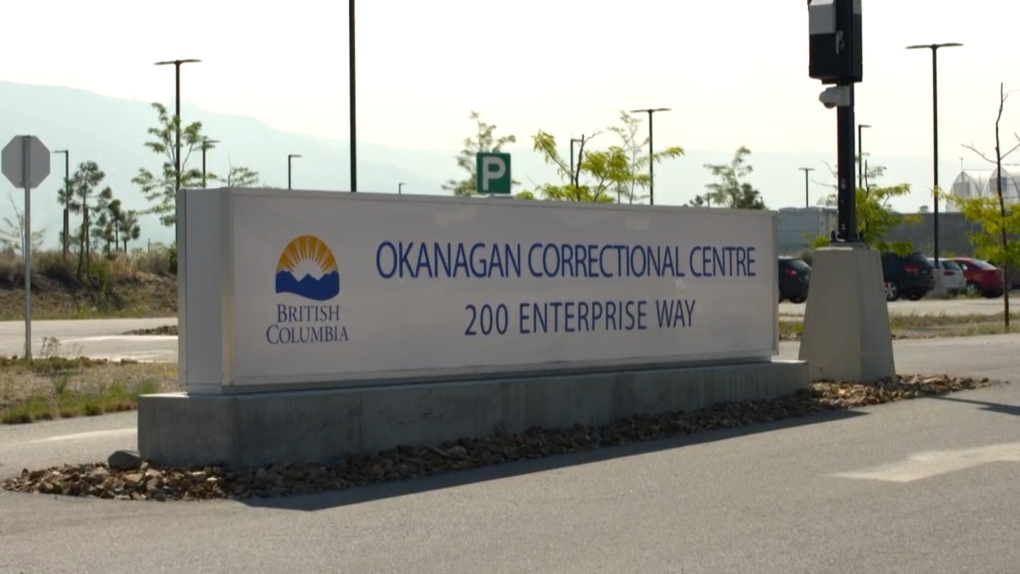 The sign for the Okanagan Correctional Centre in Oliver, B.C. is seen in this undated CTV News file image.

VANCOUVER -- B.C. health officials are responding to another community outbreak of COVID-19, this time at the Okanagan Correctional Centre in Oliver.

At her daily virus briefing on Thursday, provincial health officer Dr. Bonnie Henry revealed that one patient at the high-security jail has tested positive for the novel coronavirus.

In response, the Interior Health Authority has implemented outbreak protocols similar to the ones that are in use at the 23 long-term care homes and assisted living facilities where people have caught COVID-19.

"The person who became ill was isolated and the people in the pod he was in are all being monitored," Henry said. "So far, there's no other cases but it takes time, as we know, after an exposure."

The possibility of a COVID-19 outbreak at a prison or jail is one that health officials have been preparing for since the virus began spreading in B.C., the provincial health officer added.

"This is, of course, something that we have been concerned about and planning for," Henry said. "There were a number of measures put in a place to try and reduce the risk of introduction of COVID-19 into all of our correctional facilities, both the provincial ones and the federal correctional facilities across the country."

New prisoners have also been made to isolate for 14 days upon arrival.

Prior to the outbreak, some advocates had suggested allowing non-violent offenders to leave for their safety. Henry said that is "an issue that's with the Minister of Public Safety and the Solicitor General."