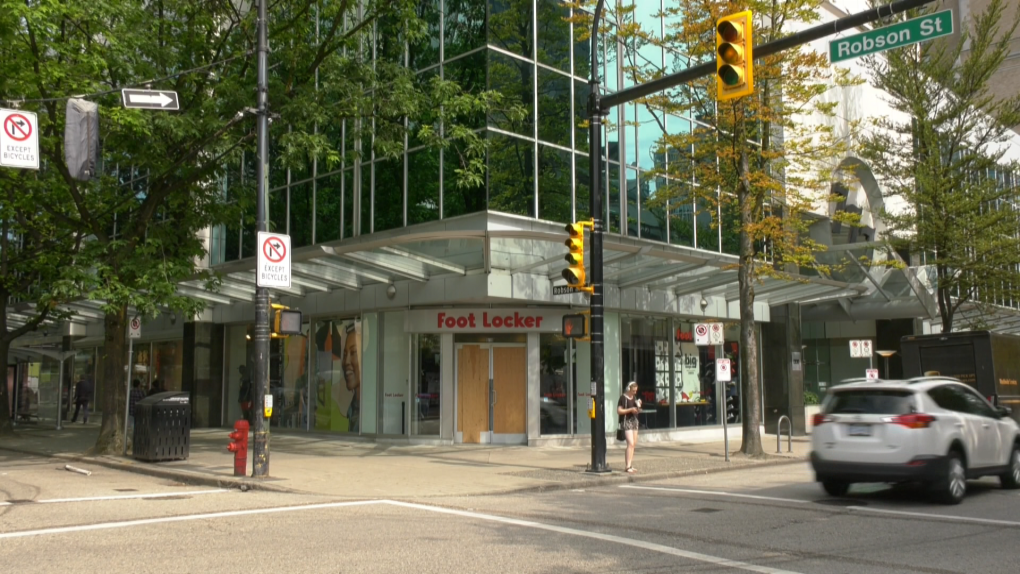 Those who visited the Foot Locker at 919 Robson St., on the corner of Robson and Hornby, are asked to self-monitor if they were in the store on specific days.

The dates of possible exposure are Aug. 4 and 5.

Vancouver Coastal Health said the risk is believed to be low, but those who were there should watch for symptoms.

The dates for a possible exposure at Pierre's Champagne Lounge and at West Oak Restaurant in Yaletown now include Aug. 7, as well as July 31, Aug. 3 and Aug. 6.

The health authority also added dates to the PumpJack exposure. Initially it was reported those who'd been at the Davie Street bar may have been exposed overnight from July 31 to Aug. 1. But on Tuesday, VCH expanded the time frame to Aug. 2.

Symptoms of COVID-19 can include, but are not limited to, fever, dry cough and tiredness. The virus can also make a patient feel achy, or have a sore throat, diarrhea, pink eye, headache, loss of taste or smell and a rash on fingers and toes.

Serious symptoms include difficulty breathing, chest pain and loss of speech or movement.