Court rulings on pipelines should be respected, B.C. premier says 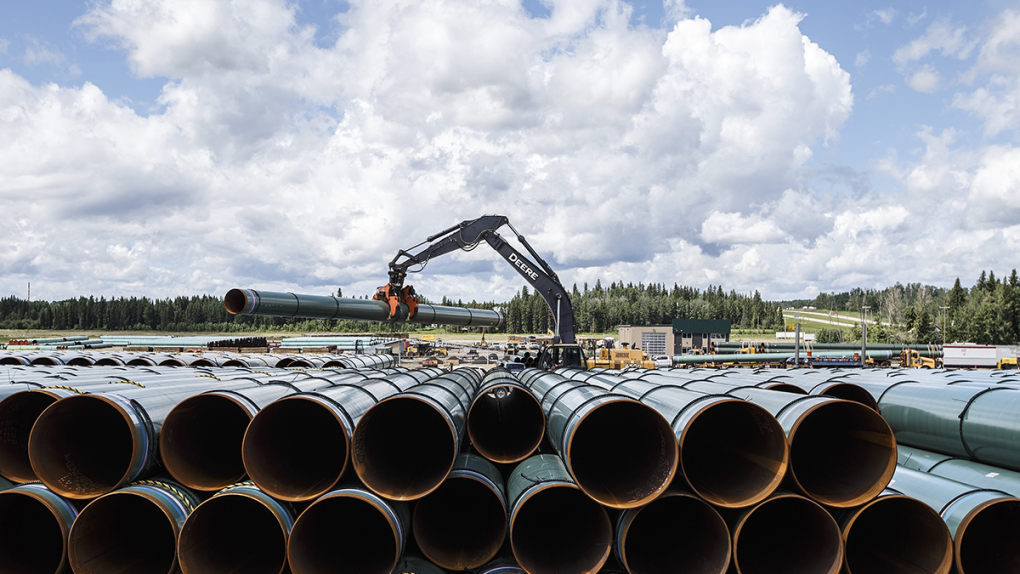 Pipe for the Trans Mountain pipeline is unloaded in Edson, Alta. on Tuesday June 18, 2019. (Jason Franson / The Canadian Press)

PRINCE GEORGE, B.C. -- Premier John Horgan has linked the battles over two major pipeline projects through British Columbia, saying once the legal fight is over, court decisions should be respected.

Horgan said Wednesday he accepts that the Trans Mountain pipeline expansion has been approved by the courts after the province's recent defeat at the Supreme Court of Canada.

Earlier this month, the court denied British Columbia the right to regulate the contents of the pipeline. The expansion project would increase the amount of heavy oil shipped to B.C. from Alberta and mean more tanker traffic off the coast of B.C.

"Personally, I am not enamoured with the prospect of a sevenfold increase in tanker traffic in the Strait of Juan de Fuca and the Salish Sea, but the courts have determined that the project is legitimate and should proceed. That's the Trans Mountain pipeline in the south and I acknowledge that and I respect that," he told a news conference.

In the case of Coastal GasLink's plans for a natural gas pipeline through northern B.C., the premier said he thinks hereditary chiefs of the Wet'suwet'en nation will come to the same realization.

Through dialogue over time, Horgan said he believes the chiefs will see that the courts, the federal government and provincial government have determined that the pipeline is a legitimate project with massive benefits to B.C., especially Indigenous communities.

"I don't expect the leadership to say tomorrow that they love the pipeline. That's not my expectation. But there needs to be a legitimate understating that the majority of the people in the region are going to benefit for this, and that's what dialogue will produce."

Horgan said he believes the involvement of former New Democrat MP Nathan Cullen as the province's liaison in discussions with the Wet'suwet'en hereditary chiefs on the pipeline will find a resolution to the dispute.

Cullen represented Skeena-Bulkley Valley, a sprawling part of northern British Columbia that includes the Wet'suwet'en traditional territory, until last year when he decided not to seek re-election.

This report by The Canadian Press was first published Jan. 29, 2020.