Costs climbing for fund that helps women during high-risk pregnancies

When Miranda Mezzatesta's water broke 22 weeks into her pregnancy in 2014, she was flown to Vancouver for care at BC Women's Hospital. She had already known her baby would likely arrive early, after being diagnosed with intrauterine growth restriction, she just hadn't known how early it would be.

"He was significantly smaller than he should have been for the gestation he was at," Mezzatesta said. "The flow from the placenta to the baby, which is supposed to be smooth and constant, was only going through with every beat of his heart."

Mezzatesta was living in Princeton at the time, and recalled having to drive herself to the hospital in Penticton. From there, she was taken to Kelowna and then flown to Vancouver, where neonatalogists delivered devastating news.

"They came in and told me, 'Your baby is 195 grams. Viable weight is 500 grams,'" she told CTV News Vancouver. "They told me to prepare for the worst."

However, Mezzatesta said she just had an instinct that things were going to be OK, and said so.

When her labour didn't happen right away, Mezzatesta was told she didn't have to stay in the hospital, but would need to remain close by. She said leading up to that moment, she hadn't been able to work at her part-time job, which involved heavy lifting, and also had her five-year-old son to consider.

"It's hard without help, to afford to pay bills at home and you know, keep your house, and pay for living expenses down here. It's hard."

Mezzatesta was checked in to Easter Seals House on Oak Street, which provides lower-cost rooms for families needing medical care in Vancouver. But figuring out how to pay for the accommodation and other costs was a concern. 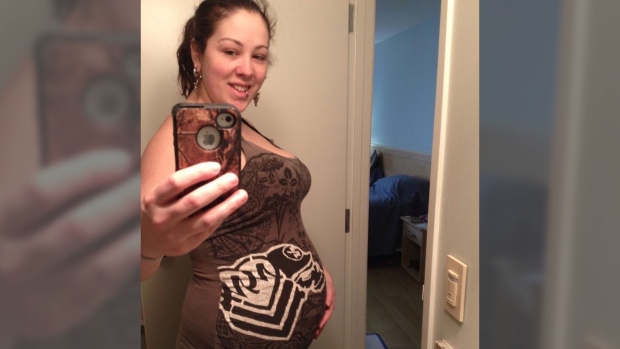 It's the kind of scenario the BC Women's Hospital's Emergency Support Fund is intended for: helping women with high-risk pregnancies and their families when they have to relocate for treatment. Funded by donations to the hospital foundation, it helps pay for accommodations, transportation and food, and also supports families in the case of an infant loss.

Perinatal social worker Barbara Lucas said the biggest challenge is accommodation, which has been getting more expensive over time.

"People come from small towns, they're shocked at what it costs to stay in Vancouver and most of them cannot afford to do that," she said. "They're still paying their rent or their mortgage at home, and they still have all these utilities and expenses, and then they have to come and set up a completely new life here."

Patients can be lodged at Ronald McDonald House, which is on hospital property, or at Easter Seals House down the street. Lucas said at times there are no spaces left at either facility, so hotels are used as back-up until a room becomes available.

"The cost is greater than it used to be and the resources are fewer," Lucas said. "It's harder now. We're struggling more for dollars than we were."

Last year, the fund spent $28,000 on accommodation, $12,200 on meals, $5300 on travel, and $3200 on grief supports. Fifty-four women required accommodation, adding up to 660 accommodation days at Ronald McDonald House, Easter Seals House and elsewhere.

The fund needs at least $50,000 annually to keep helping women like Mezzatesta.

"To have such a large burden taken off of you like that was everything," Mezzatesta said. "I was so excited, so happy, so grateful, because I have no idea what I would have done."

Her youngest son, Grayson Dowling, was born at 27 weeks. He weighed 555 grams.

"Just a bit bigger than a brick of butter," Mezzatesta said. Grayson spent just over a year in the neo-natal intensive care unit. Mezzatesta said when he was discharged, he was on a ventilator. Five years later, he's breathing on his own.

"He's walking and talking like some doctors said that he never would," she said.

Grayson returns to Vancouver on a regular basis for medical appointments, and CTV News caught up with him and his family during a stay at Ronald McDonald House.

His face lit up with joy while playing with his older brother, and as he got behind the wheel of a kid-sized plastic car to go for a spin outside.

"He is developmentally delayed a little bit, but is slowly catching up and is blowing the doctors' minds every time," Mezzatesta said.

"I wouldn't have my son if it wasn't for this hospital and all of the support I was given and the rest of my family was given, and I am forever grateful for that." 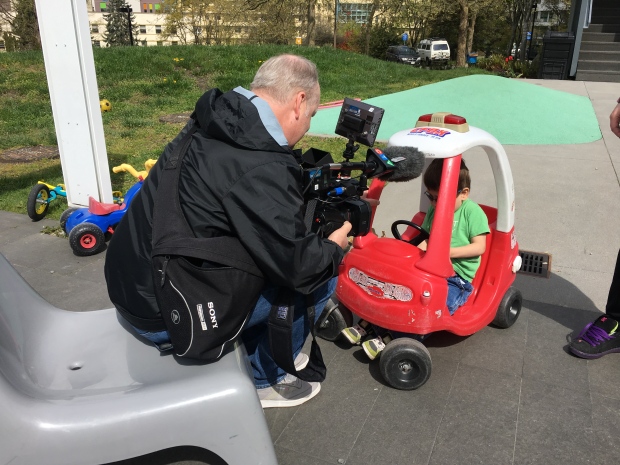 More stories, more info on the life-saving work at BC Women's Hospital