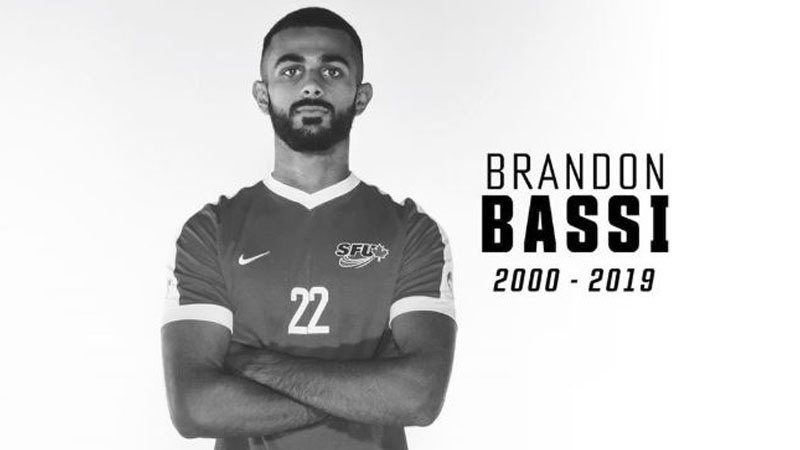 Brandon Bassi, 19, was killed in a single-vehicle crash in Surrey on May 18, 2019. (Photo: Simon Fraser University)

VANCOUVER -- More than a year after a tragic crash that claimed the life of a young Whitecaps prospect, authorities have announced charges against the teenager who was allegedly behind the wheel.

The deceased, 19-year-old Brandon Bassi, was a first year student at Simon Fraser University when a black Jeep he was riding in crashed in a Surrey intersection on May 18, 2019.

Four people were injured and Bassi, a promising soccer player who had joined the Whitecaps residency program at just 12 years old, did not survive.

At the time, authorities said two people had fled the scene of the single-vehicle crash on foot.

On Wednesday, the RCMP announced eight charges against 19-year-old Dilpreet Sandhu, including dangerous driving causing death and failure to remain at the scene of a fatal accident.

"This collision had a significant impact on the community due to the tragic loss of a young person's life," Sgt. Ian MacLellan of the Surrey RCMP Traffic Services said in a statement. "We're pleased that the hard work of the officers has resulted in charges."

Though charges have been laid in the case, authorities said they're still looking to speak with anyone who has information on the investigation.