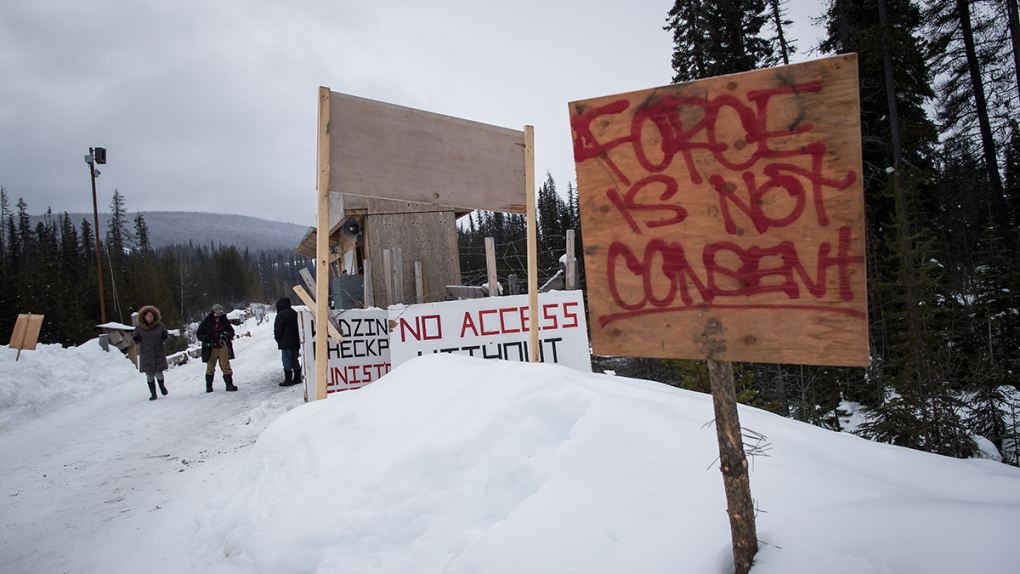 VICTORIA -- Criminal and civil contempt of court charges have been dropped against those who were arrested in February for violating an injunction while fighting the construction of a natural gas pipeline in northern B.C.

The arrests of 22 members of the Wet'suwet'en Nation and their supporters sparked protests across the country, shutting down rail and roads and putting a dent in the Canadian economy.

The BC Prosecution Service says in a statement issued Friday that criminal contempt charges for those arrested near Houston, B.C., will not be pursued.

The Crown says there have been no further breaches of the injunction, there wasn't enough evidence linking those arrested to damage to a bridge and recent talks between governments and the Wet'suwet'en hereditary chiefs all played a role in their decision.

Suzanne Wilton with pipeline builder Coastal GasLink says in a statement that in light of work progressing in the area and ongoing talks with hereditary chiefs, it won't pursue civil contempt charges against the protesters.

A post on the Facebook site Gitimt'en Access Point says while they are relieved that charges have been dropped, they know the RCMP arrests on unceded lands was unlawful.