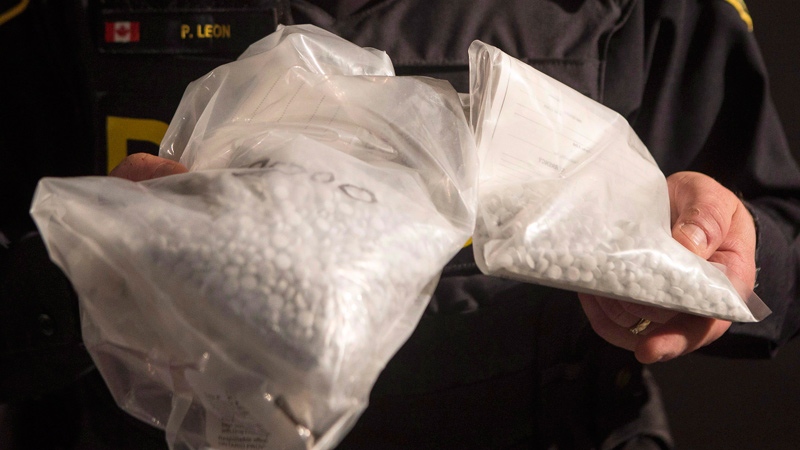 There are still nearly three people dying daily in the province from illicit drug overdoses but B.C. officials say they're hopeful the province is turning the tide in combating the opioid crisis.

Ninety British Columbians died due to fentanyl and other drug-related overdoses in January 2019, the fewest since 2016, according to two new reports released by the BC Coroners Service.

"I’m hopeful that maybe, we’re turning the corner," said Andy Watson of the BC Coroners Service from Victoria. "Cautious optimism."

Overall, the number of drug overdose deaths where fentanyl was detected decreased 31 per cent between January 2018 and this past January.

But, 1,310 people still died from illicit drug overdose deaths involving fentanyl in 2018 – a seven per cent increase from 2017.

Fentanyl, or an analogue like carfentanil, was found in 87 percent of illicit drug deaths in 2018, and 82 per cent in 2017. "We know the drug supply right now is toxic and not safe when fentanyl is still in almost nine in 10 deaths," said Watson.

The BC Coroners Service reports show drug overdose deaths where fentanyl is not detected have remained "relatively stable" since 2011 – an average of 285 deaths per year.

Watson said one trend the service has seen is the spread of illicit drug related deaths from urban centres into rural communities in B.C.

"We did see a sharp increase in the north last year, and I think that trend continues," he told CTV News.

Watson added that the coroners service have not seen a single drug-related death at a safe injection site, and suggested that if it were not for safe spaces for drug users, the number of deaths could be two or three times higher.

The coroner’s service says because the 2019 data reported is only for the month of January, and should be "interpreted with caution and is subject to change as investigations conclude."