Cat's death after at-home neutering prompts warning from BC SPCA 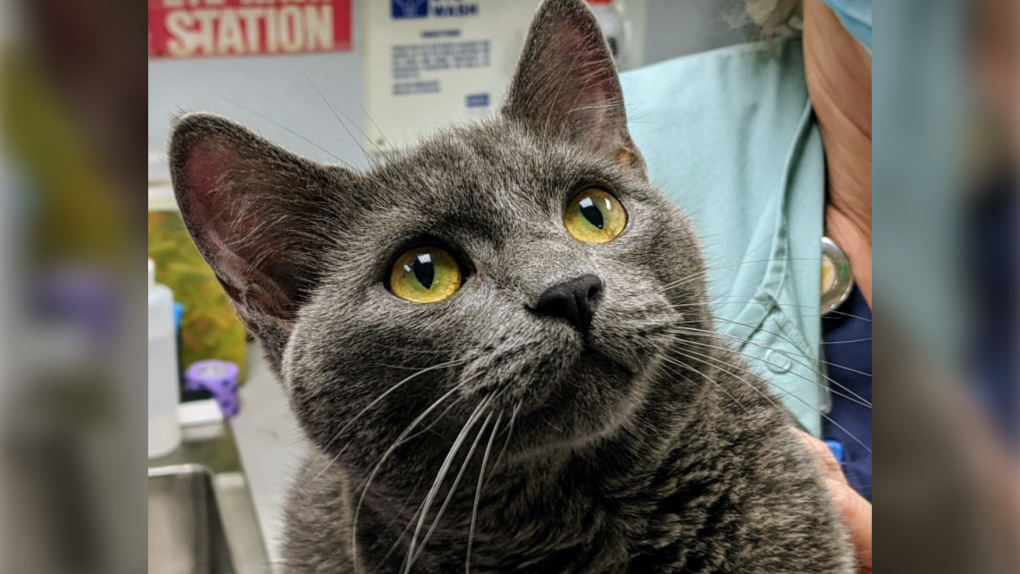 Geiger underwent surgery after being seriously injured from a home neutering attempt. (SPCA)

Warning: This story has graphic details.

VANCOUVER -- One cat's death and another's serious injuries after they were neutered at home have led to a dire warning from the BC SPCA.

The animal welfare agency says two cats were brought into a Vancouver branch for care earlier this month after an attempted home neutering. One cat died from its injuries.

"Someone had tried to do a home neuter and tied the genitals with elastic bands. The wounds on both cats were horrific," says Jodi Dunlop, manager of Vancouver's BC SPCA branch, in a news release.

"This is the third home neuter that we have seen in two weeks. We'd like to remind the public that this is a surgery that can only be done by a specialist."

The cat that survived, named Geiger by staff, had to undergo perineal urethrostomy surgery, which is usually done for cats who have feline lower urinary tract disease. He also received treatment for an ear infection.

Dunlop says that even though Geiger experienced "horrific pain," he was "always purring and ready for any attention from a human."

Geiger has since recovered and a family has been selected to adopt him.

The SPCA is reminding pet owners that at-home neutering should never be an option. Anyone requiring financial assistance can contact the SPCA about its low-cost spay and neuter programs. Spaying and neutering is covered in the animal welfare agency's adoption fees.