Canadians' views of the U.S. declining during pandemic, poll finds 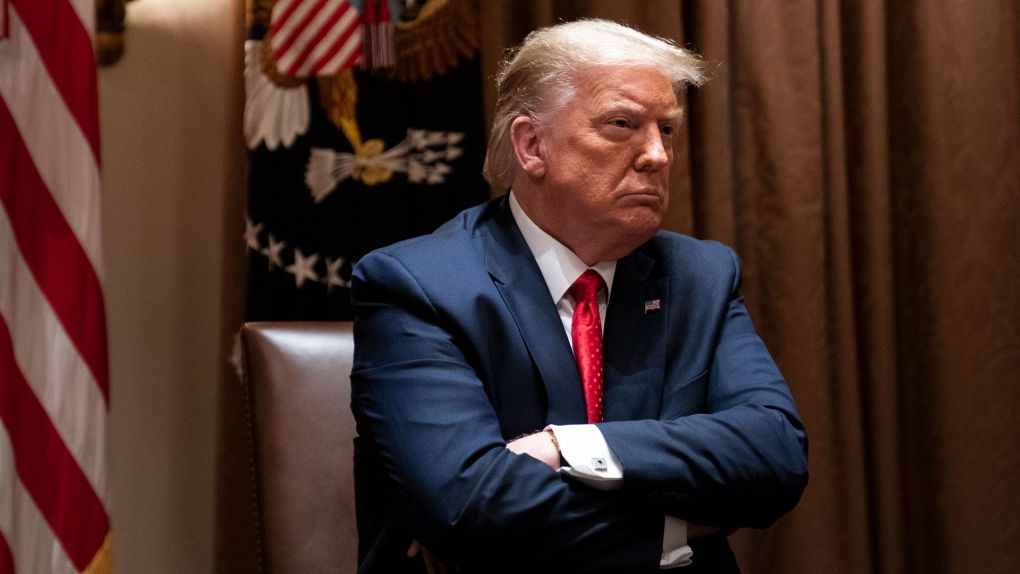 U.S. President Donald Trump listens during a meeting with Hispanic leaders in the Cabinet Room of the White House, Thursday, July 9, 2020, in Washington. (AP / Evan Vucci)

VANCOUVER -- As the United States fumbles its response to the COVID-19 crisis, a new survey suggests fewer and fewer Canadians are holding their southern neighbour in high regard.

The Research Co. poll, which was conducted earlier this month, found just 32 per cent of Canadians have a "very positive" or "moderately positive" view of the U.S. That's down 15 points from December.

"At the end of 2019, almost half of Canadians held positive views about the neighbouring nation, but now the proportion has fallen to only one third – slightly higher than Russia and on par with Venezuela," pollster Mario Canseco said in a news release.

The number is even lower in British Columbia, where just 26 per cent of respondents reported having positive feelings for Donald Trump's America – and 71 per cent said their views were "mostly negative" or "moderately negative."

Across the country, 62 per cent of Canadians hold a negative opinion of the United States, according to the survey. That's up 14 per cent from the December poll.

By comparison, at least two-thirds of respondents said they feel positively about all the other Group of Seven countries: the United Kingdom, Japan, Italy, France and Germany.

The lowest ranked countries included in the survey are Saudia Arabia at 20 per cent positive, Iran at 16 per cent and North Korea at 13 per cent, according to Research Co.

The survey was conducted online from July 6 to 8 among 1,000 Canadian adults. The data was statistically weighted according to Canadian census figures, and the results have a margin of error of plus or minus 3.1 percentage points, 19 times out of 20.