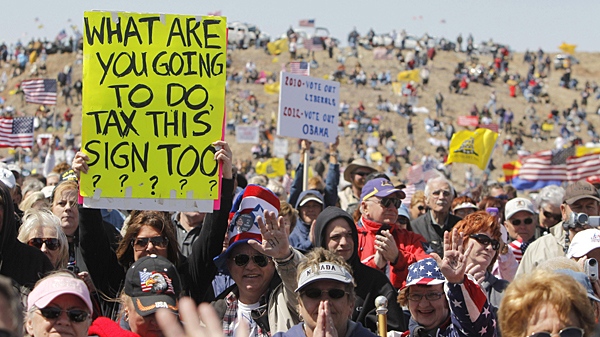 The group doesn't encourage participants to don colonial-era headgear, for example, and is far from libertarian in ideology. In fact, the Tea Party similarities begin and end with the challenge to voters to take a more active part in the political process.

"If Canadians spent as much time writing politicians about their concerns as they spend lining up to buy coffee, we would have the good, democratic governments and responsible big businesses we want," the Coffee Party website claims.

"Politicians get very worried if only a few hundred voters write to them."

The organization – which is not a political party but an advocacy group -- argues that rules, enforcement and penalties for dishonest politicians and business leaders should be strengthened.

Coordinator Duff Conacher believes it's a message voters are keen to rally behind, and says the Coffee Party website, operated by Democracy Watch, has received more than 85,000 hits from across the country since it launched last week.

It offers printabe posters and a guide to political letter writing, and with several provincial elections scheduled this fall -- as well as the possibility of a federal election this year -- it argues the time is right to get involved.

"The window of opportunity is wide open," it says.