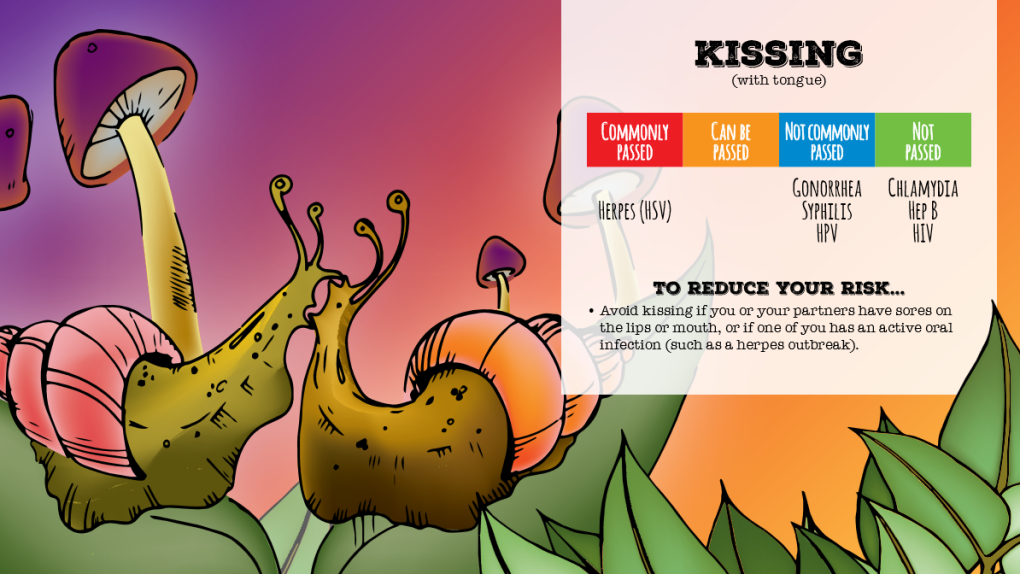 An image from the CATIE Safer Sex Guide is seen in this image. (CATIE)

A sexual education guide featuring cartoon animals engaging in sexual activities with one another has prompted an apology from a B.C. school district.

The guide was published by CATIE, which publishes information on HIV and hepatitis C in Canada, and discusses everything from STIs to consent and sexual fetishes. 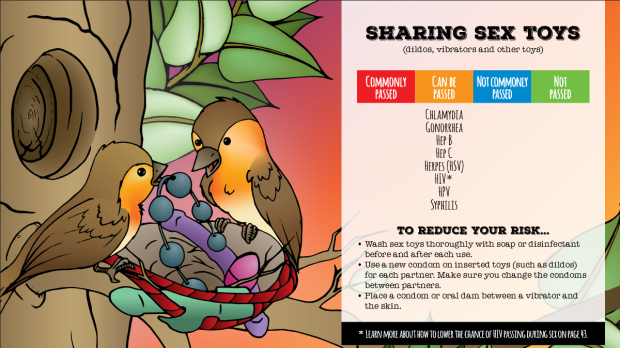 It also touches on subjects such as drug use during sex, telling readers that if they snort drugs they should use their own straw or bumper, such as a rolled-up sticky note.

The guide was handed out to a Grade 6 and 7 class at Erickson Elementary, in the community of Creston, B.C. by a public health nurse. 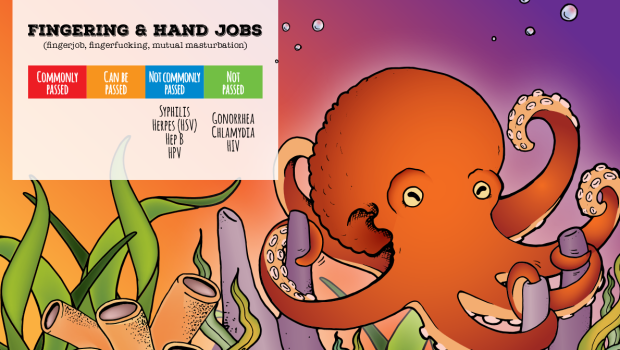 The district says the guide was handed out at the end of a class for children interested in learning more and wasn't part of the initial discussion.

"The document was really inappropriate. It's definitely for the 19-plus crowd, in my opinion, it's extremely mature," said Dr. Christine Perkins, the superintendent for School District 8 Kootenay Lake. "It's a mistake. This health nurse made a mistake."

The nurse who handed out the guide has also apologized, and Perkins says she believes this was a one-off experience. 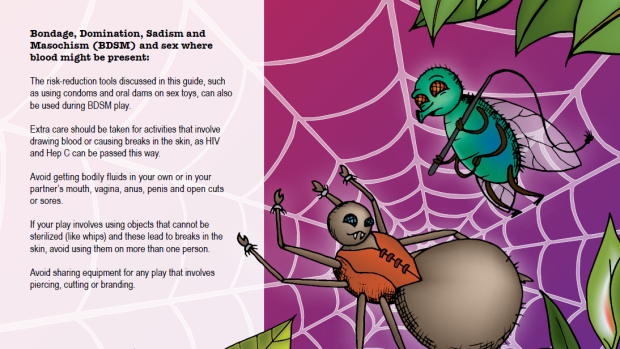 The guide received fierce backlash from a group of parents who say they're upset it was handed out in the first place.

"Shock. Complete and utter shock. And anger," said Liz Anderson, whose son was in the class and took one of the guides. "(The kids) wouldn't have looked this stuff up on their own if they hadn't been shown what it was."

"I don't think anybody in elementary school should be introduced to the things that were in the book."

Anderson says she wants to see those involved reprimanded, and called for someone to step forward and take responsibility.

But not all parents agree.

Debbie West, whose son is also in the class, says it offered parents an opportunity to have an honest discussion with their children about sex.

"I don't see how the pamphlet actually traumatized anyone," she said. "The ones that received it asked for more information because they wanted more information. There were students that said 'no' and didn't look at it."

West feels the criticism is coming from a small group of parents.

"They're upset because they have to have this tough conversation. Next year your kid is in high school, potentially with 17-year-olds. They might hear and see things you're not ready for them to know. I'm sorry, it's hard. But toughen up and find out more about the information," she said.

West says she doesn't blame the teacher for the incident, calling it a simple mistake.

Her son didn't take one of the guides, but rather found out about it from others, prompting West to have a discussion about sex with him.

"Someone's going to talk to him about it and I'd rather it be a professional environment, like a school, or me. I'd rather that than the internet," she said.

As a result of the guide and subsequent fallout, the school district says it is reviewing how sexual education materials are handed out in classrooms and is offering counselling for both students and parents.