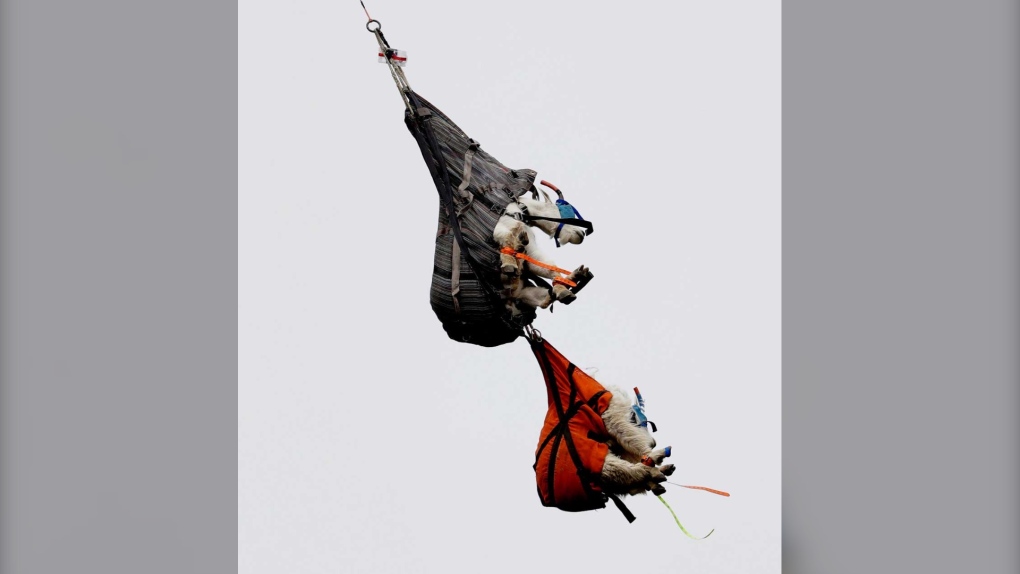 A pair of mountain goats, including a billy, top, and a nanny, hang in slings as they are airlifted by helicopter Tuesday, July 9, 2019, to Hurricane Ridge in the Olympic National Park, near Port Angeles, Wash. (AP / Elaine Thompson)

Hundreds of blindfolded mountain goats are being flown across a U.S. national park in a bid to return them to their natural habitat.

Officials in Washington state began rounding them up from remote areas of Olympic National Park.

The animals were first introduced in the area just across the Salish Sea from Victoria by humans in the 1920s.

A hunting group brought the goats in from B.C. 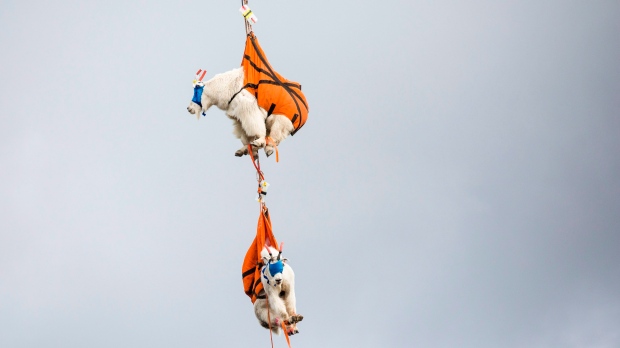 The relocation efforts began last summer, and those involved expect to move about 700 goats by the end.

After being sedated or captured in nets, the goats are blindfolded and their horns are padded, then they're being moved on slings dangling from a helicopter.

The sure-footed creatures will be relocated to the Cascade Mountains. 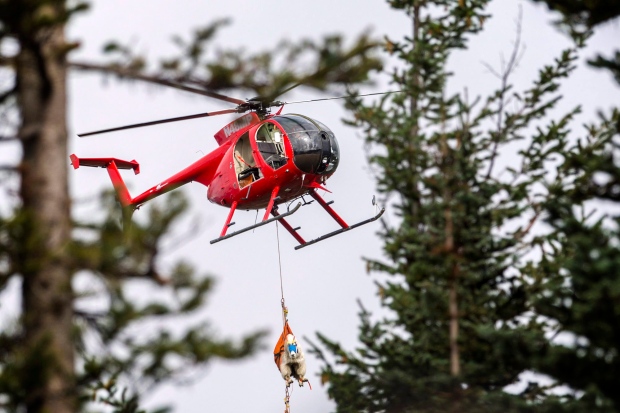