VANCOUVER -- There is a baby boom underway at Vancouver's St. Paul's Hospital, where seven nurses in the maternity unit are all pregnant at the same time.

They're due between June and November, and they all plan to deliver their babies at the hospital they work at.

"This is my first time having a baby," said Alaine Vijandre, a neonatal intensive care unit nurse who is due Sept. 26.

She said having six other colleagues who are going through the same thing as her gives her comfort, especially because they give each other advice.

Fellow nurse Erika Monk is due June 1, and since this is her second pregnancy, she said, she has been fielding a lot of questions.

"Having a baby is a very vulnerable time," she told CTV News. "You have to somehow create a network so you don't feel alone."

The feeling of vulnerability is compounded by the COVID-19 pandemic. 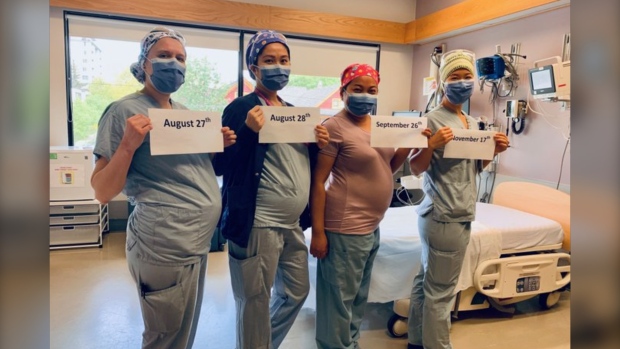 British Columbia declared a state of emergency when Connie So was 16 or 17 weeks' pregnant.

"At that time, I was just waiting to see how every day is. Should I still go to work, should I go on sick leave?"

So decided to remain at work, and said she feels very safe with the extra protective measures in place at St. Paul's.

Under normal circumstances, they'd all have baby showers to look forward to, but plans for celebrations of any kind are on hold.

So had a virtual gender-reveal party on Instagram Live, and said she thinks a small potluck at work could be possible, but it's more likely that she and coworkers will have a post-pandemic playdate with their newborns. 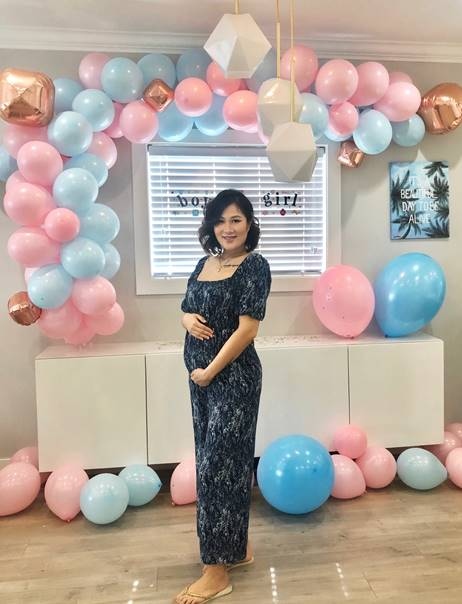