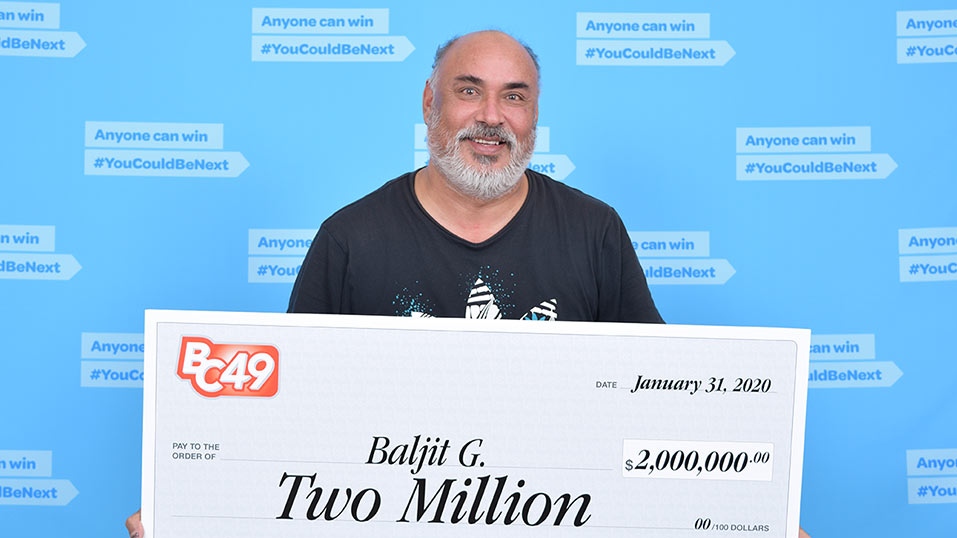 VANCOUVER -- A truck driver from Metro Vancouver is planning to give his daughter the wedding of her dreams after winning millions of dollars in the lottery.

Surrey resident Baljit Singh Gill had spent months budgeting for his daughter's big day before winning the jackpot in last Saturday's BC/49 draw, according to a release from the B.C. Lottery Corporation.

Now, Gill and his wife should have no trouble making it an extra special wedding – news they still haven't shared with their daughter.

"She will be very surprised," Gill told the BCLC.

The truck driver, who immigrated from India 35 years ago, said he couldn't stop shaking after he scanned his winning ticket at the Evergreen Mall.

"I saw the two and all the zeros, and I called the clerk over to check," Gill said.

The family intends to use some of the remaining winnings to pay off debts, and tuck away the rest for the future.

People who play BC/49 need to match all six numbers to claim the top prize of $2 million. The odds of winning the jackpot are an infinitesimal one in 13.98 million, while the odds of winning $5 are about one in 81.